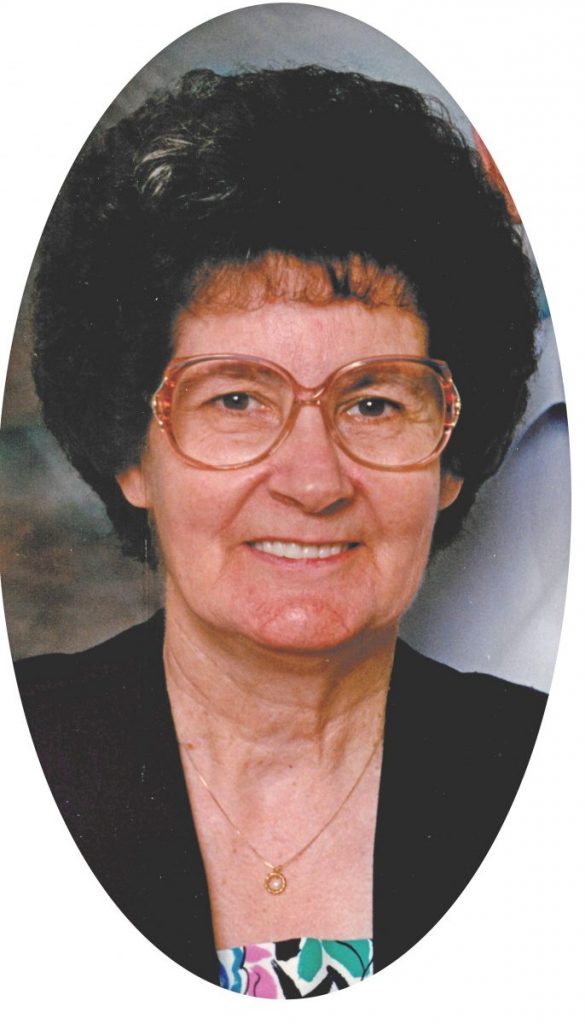 Katie  Riley, 91 years, 9 months, 19 days old, passed on to Heaven on September 10, 2021 at the Mercy Hospital in Springfield, MO with her children by her side.

Katie was born November 22, 1929 in Trail, MO to Oliver and Mayme (Brown) Hicks. Mayme passed away when Katie was a little girl and Oliver later married Bertha Brown Moss, whom became Katie’s step mother who was wonderful to her.

On March 22, 1947 Katie and Chester David Riley were united in marriage  at Mtn. Home, AR and they were blessed with six children.

Katie worked hard all her life. She worked for Rockbridge Trout Ranch as a Waitress for over 20 years. She had also worked at Baxter Labs in Mtn. Home, AR. Katie was a Christian and a member of the Gentryville Church. She enjoyed gardening, quilting, singing, visiting with people. Her church family was so important to her. Katie was such a kind servant and always gave to others in need. She adored her family and they did her. She will be greatly missed but we know it’s Heaven’s gain.

Katie was preceded in death by her parents, her step-mother, her husband, Chester in 2013, her brothers, Noah and Felda, her sisters, Nellie, Gladys and Barbara, her son, Gary David, grandson, Gregory Collins, great grandson Peyton Massey, and son in law Kenny Stout.

Funeral services for Katie was Tuesday, September 14, 2021 at 2:00 p.m. in the Clinkingbeard Chapel, Ava, MO with burial following in the Blanche Cemetery. A Visitation was prior to the service on Tuesday from 1:00 p.m. to service time. Officiating was Minister, David Shipley and Minister, T.J. Stout. Memorials may be made to the Blanche Cemetery or to Gentryville Church.  Online condolences may be made to www.clinkingbeardfuneralhome.com.