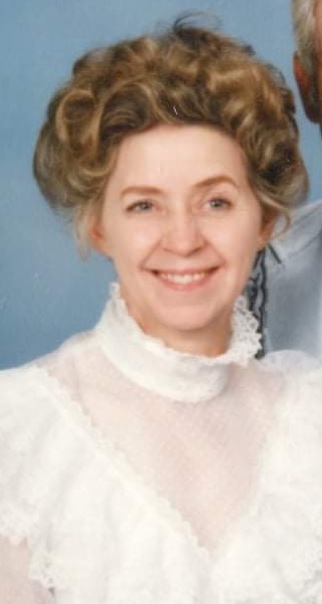 Born in rural Douglas County near Ava to Warren Springs and Agnes (Huffman) Springs on a warm July day in 1937, Doris Virginia (Springs French) Liniger, 84, departed this life on August 31, 2021, at Heart of the Ozarks Healthcare Center in Ava, Missouri.

The second of nine children, Doris often commented she had to do everything her big brother Clifford did. When he was old enough to go to school, so did she. When she was old enough, Doris went to work at the Ozark Hotel for Larkin and Hazel Barnes after school and on weekends.

Fresh out of high school in 1955, Doris soon left the Ozarks for Long Beach, California. She attended Long Beach City College and car hopped at Grisingers Drive-In. She met famous celebrities like Fats Domino and John Wayne at the drive-in. She also learned to fly a plane.

It was at Grisingers that she met her first husband, Don French, when he worked there as well, as a cook. The two traveled in Europe while he was stationed in Germany during his service in the Army. After returning to the States, Doris had the first of four children, a boy named Rodney. A girl, Cynthia, soon followed, and the family moved back to Missouri.

In the early 1960s, Doris and Don bought the Highway House Cafe in Ava. She had two more children, another girl, Rebecca, and another boy, Cody. After divorcing in the early ‘80s, Doris remarried in 1987 to a high school friend, James (J.L.) Liniger.

Doris would go on to run the cafe for more than 50 years, and not many who grew up in the area are strangers to her biscuits and gravy, the Jumbo burger, the chicken basket or her homemade pies and cobblers. More than the comfort food she served, though, Doris will be remembered for her “hello!” and smile for every person who came through the door.

She loved her children, grandchildren and great-grandchildren without question. She also loved a hot cup of coffee and good conversation in the coffee shop with family and friends; customers at her cafe were often included as she saw them as family as well. After J.L. died in 2004, it was the familiar faces at the counter who kept her company and kept her going every day.

Doris attended the United Methodist Church in Ava and was a member of the Daughters of the American Revolution. She is survived by her children, Cynthia Clements of Ozark, Missouri; Rebecca (David) French Smith of Georgetown, Texas; Cody (Liz) French of Katy, Texas; 13 grandchildren; 11 great-grandchildren; two sisters; and one brother.

She is preceded in death by her husband J.L. Liniger, her son Rodney French, her parents, three brothers and two sisters.

Services were held Doris Virginia Liniger on  Saturday, September 4, 2021, at 2 p.m. at Ava Family Funeral Home. Visitation began at 1 p.m. Doris wasburied at Ava Cemetery alongside her husband, J.L. Liniger. The family asks that, in lieu of flowers, anyone wishing to express condolences make a donation in her name to the Heart of the Hills Food Harvest food pantry to help continue feeding the community she loved.

Online condolences can be left at avafamilyfuneralhome.com