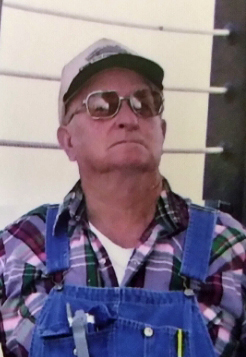 He graduated from Gainesville High School.

On November 7, 1959  Don and Norma Jean Turner were united in marriage at the Preachers house at Piland Youth Camp in Thornfield, MO.

Don was a Christian and attended with Norma the Thornfield Missionary Baptist Church. Don was a retired Truck Driver and was still Farming as long as he could. He enjoyed white bass fish frys, getting on the tractor and brush hogging, mechanic work, tending the farm, and most of all being with his family and grandchildren!

He was preceded in death by his parents, two daughters, Twila and Melissa Ann, two infants, Marsha and Charles, and six brothers and sister.

Cremation services for Don are being conducted by Clinkingbeard Funeral Home, Ava, MO. A family and friends memorial will be at a later date and time. Memorials may be made to St. Jude Children’s Research Hospital. Online condolences may be made to www.clinkingbeardfuneralhome.com.