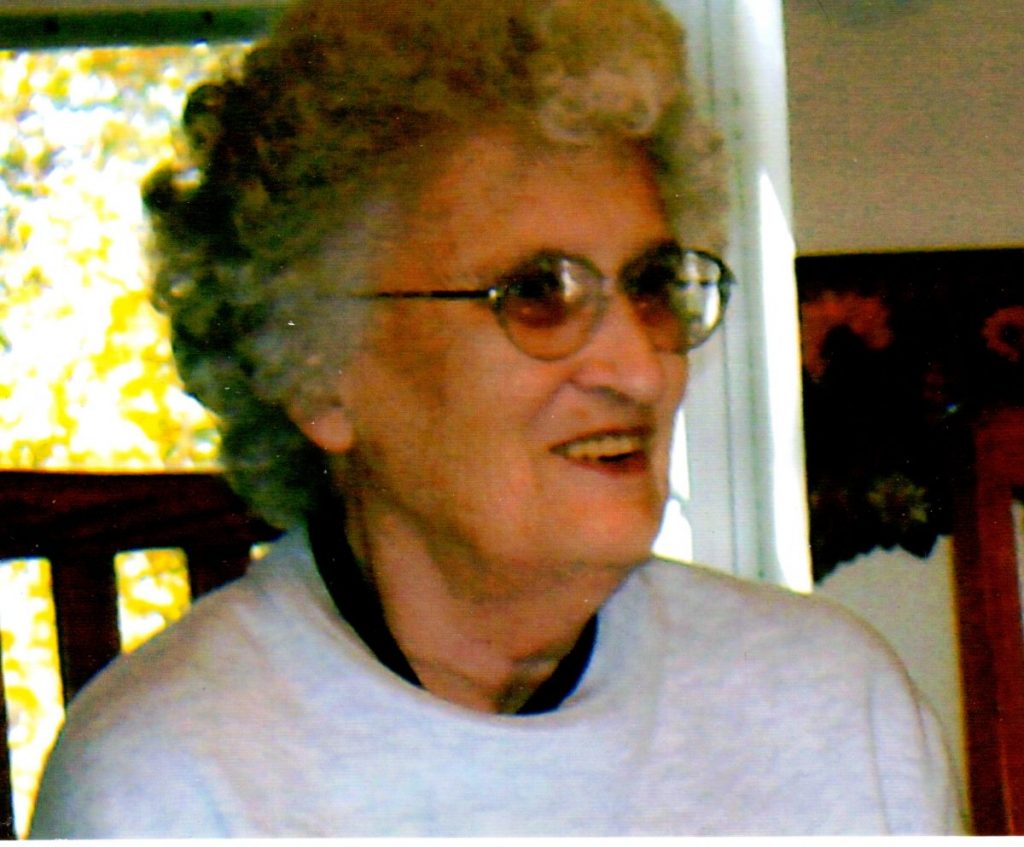 On May 3, 1947 Charlotte and Leroy Higgins were married in Wisconsin Rapids, Wisconsin and were blessed with three daughters.

In 1954 they moved to the farm on Hunter Creek in Douglas County, Missouri.  They raised their daughters and milked Holstein cows, working long hours everyday.  Eventually they sold the milk cows and raised beef cattle.

In 1983 Charlotte began volunteering at the Ava Community Center, which led her to be hired as assistant cook.  She liked her job so much that when she retired she helped with` Meals on Wheels.  By this time she was well into her 80’s.

Charlotte and Leroy had many friends but Ray and Vi Fritz were extra special.  Their daughter Darlene was a playmate of Charlotte and Leroy’s first granddaughter, Angela Epps.  They truly thought they were family.

Charlotte was preceded in death by her parents, all three brothers, Robert, John, and Russell Kaudy, and her sister Helen Jensen.

She is survived by her husband Leroy, her three daughters: Sandra (husband Verl Smith of Ava, MO), Susanne (husband Larry Hester of Blue Springs, MO), Diana Parks of Ava, MO, seven grandchildren: Angela Wright, Karri Gutierrez, AdriAnn Rode, Jason Smith, Joseph Parks, Jennifer Parks, and Franklin Parks, and one step-grandson Richard Hester, She will also be missed by 16 great-grandchildren, 4 step great-grandchildren, one great-great-grandson, one great-great-granddaughter and many nieces and nephews.  She will be dearly missed by her dear high school friend who became her sister-in-law, Joyce Higgins of Wisconsin Rapids, Wisconsin.  She dearly loved all of her family.

The family sincerely thanks Three Rivers Hospice for their loving care of Charlotte,

A family memorial service will be held later.