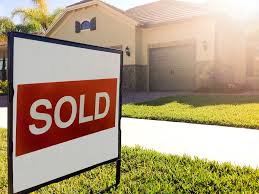 How climate change is reshaping where and how Missourians live

A Sunday drive through the Show Me State looks different now than it did 20 years ago for many reasons; one of them being the variety of square-shaped solar frames that peak out from atop homes and green fields.

Redfin conducted a survey that found 20% of Americans believe that climate change is negatively impacting the value of their home. The survey also found that almost two-thirds of homeowners in the United States have spent money to protect their homes against risks related to climate change, for example, floods and heatwaves.

Because of this, real estate developers are particularly interested in the long-term financial investments of property development.

According to previous MO Info Corps reporting, climate change is playing a pivotal role in exacerbating flooding, which is shaping state policymakers’ understanding of development real estate in areas prone to flooding.

Bob Criss, professor emeritus of earth and planetary sciences at Washington University, explained that solutions to address flooding’s impact on the development of commercial properties in Missouri are rooted in future estate and financial assistance following environmental disasters.

“The most important thing that we can do is stop developing in flood plains,” Criss said.

But for those who are unaware that their homes may be at risk, Criss explains the importance of education on flooding and utilizing available resources such as topography maps when searching for a home. For example, the Federal Emergency Management Agency (FEMA) offers flood zone maps, which can assist those looking to buy or rent a home in understanding the flood risk in areas throughout the state.

A 2020 nationwide study conducted by a nonprofit research group found more than 280,000 properties in Missouri were at risk of flood damage, as reported by St. Louis Public Radio. Communities that are near or connected to levees or dams downstream were more susceptible to flooding.

Flooding isn’t the only climate concern for Missourians in the market for real estate.

Direct costs connected to climate change, such as displacement, can have an effect on homeowners even as residual living costs associated with  climate change can also be  financially burdensome. As temperatures and sea levels rise, so do utility and insurance costs. The reason for this is due to the power needed to cool homes and the frequency and magnitude of future environmental disasters which would impact insurance companies.

Missouri natives were informed by a recent survey that residents of Missouri who live closer to the New Madrid Levee Fault Line were struggling to obtain earthquake insurance.

According to the Department of Commerce and Insurance (DCI), costs of earthquake insurance have increased by up to 720% within the last 20 years. Counties near the fault line are more susceptible to earthquakes due to a continental breakup that left deep weakness underground in that area. The breakup failed to split up the ancient continent but left the area mechanically weak.

There is research that suggests some correlation between climate change and earthquakes. Although the direct connection is still being studied, existing research projects the alarming costs of climate change for the real estate industry as climate fluctuations continue to pervade this region.

A survey conducted by the DCI found that in the year 2000, 60% of homes in communities near the New Madrid fault area had earthquake insurance; now it is closer to 13%. But insurance is not the only cost that is rising for new homeownersi.

Climate change plays a role in the amount of energy needed to keep homes cool, which causes increases in utility costs worldwide. There have already been several heat warnings issued this summer throughout the Midwest.

All of these increased expenses will shape the decisions people make when it comes to buying homes. In upcoming years, one of the first questions that potential buyers could ask should be less centered on the number of bedrooms a space has, but more on how prone to flooding that area is and other climate-related factors.