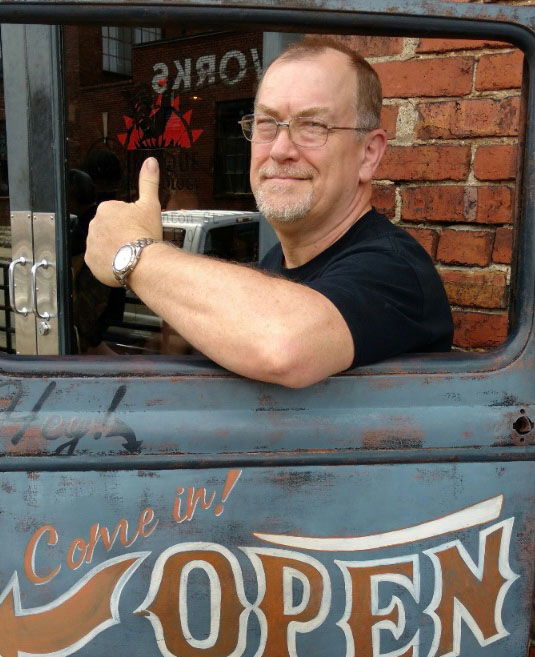 There is one less vacancy in the vastness of heaven, as David Robert Moore Sr., 60 of Gainesville, Missouri passed away, surrounded by family, on Friday, July 30, 2021 at CoxHealth South Hospital in Springfield, Missouri after a brief illness.

David was born April 13, 1961 in Kansas City, Missouri to Daisy Elizabeth (Goss) Moore and Robert Edwin Moore.  David was raised in Kansas City and later moved to Ava, Missouri where he graduated from Ava High School in 1979.  He married his sweetheart of 40 years, Mary Ann Overturf, on June 28, 1981 and later had two children, Elizabeth Marie and David Robert II.  He moved his family from Ava to Ozark County, first to Isabella in 1994 until he finished raising his children and then later moved to Gainesville, where he resided the past 15 years.

Early on, David worked in the auto parts industry and most recently as a custodian at Gainesville High School.  He loved helping the teachers, staff, and students and brought joy and hard work wherever he went.  He was dependable, faithful, loving, honest, and will be deeply missed.  He was a member of Anew Church in Gainesville and a faithful follower of his Lord and Savior Jesus Christ.

David had a wide range of interests and abilities, from mechanical and construction skills to Nascar racing, fishing, and even square dancing, but his greatest passions were his family and his faith.  All who knew him will miss the twinkle in his eyes, his stories, jokes, announcer’s voice, and ability to fix just about anything.

He was preceded in death by his father Robert Moore. He is survived by his mother Daisy Moore of Ava; his two brothers Michael Moore of Ava and Gary Moore of Columbia, Missouri; his wife Mary Ann Moore of Gainesville; his daughter Elizabeth Miller and husband Ian Miller of Mountain Home, Arkansas; his son David Moore II and wife Sara Moore of West Plains, Missouri; and his grandchildren: Eve Miller, Izyiahs Moore, Merryck Moore, Adaleah Moore, Caedmon Moore, and Kairros Moore.

Funeral services will be held in the Clinkingbeard Funeral Home chapel in Gainesville on Monday, August 2, at 6 p.m. Visitation will be Monday evening from 5:00 p.m. to service time. Burial will be 10 a.m. Tuesday, August 3, 2021 in the Oak Lawn Cemetery, West Plains, MO.  Memorial contributions may be made to Anew Church in Gainesville and can be left at the Funeral Home.