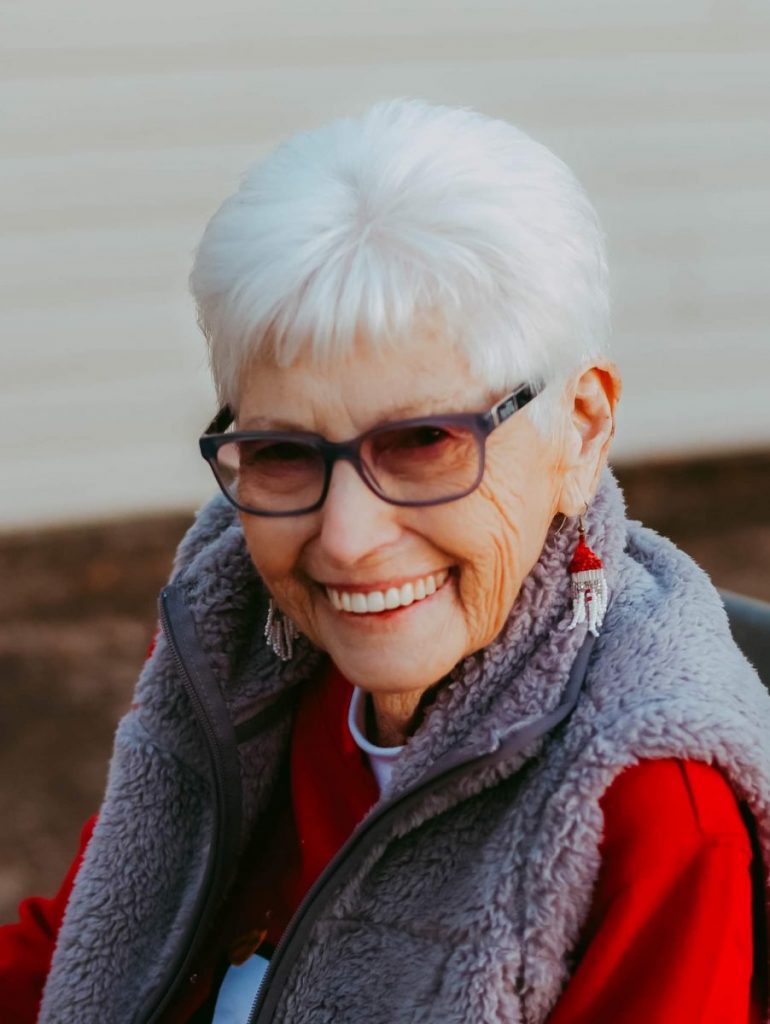 Dodie was born December 11, 1935 in Anson, Texas to John Henry Cidon and Catherine Louise King.  She was the 17th of 19 children.  She was three years old when her family moved to Redlands, California.

Dodie married Dirk de Haan on July 26, 1954 in Las Vegas, NV.  They were childhood friends.  They started their family in Yucaipa, CA.

Dodie was a Christian. She loved the Lord and instilled it into her family.  She was dedicated to God. She gave her life to the Lord and was baptized soon after in November 1972.

In 1970 the family sold everything they owned, loaded up in a pickup truck with a camper and set out for new horizons.  They settled in Ashflat, Arkansas until 1975 and moved to Oldfield, Missouri.  In 1984, Dirk and Dodie moved to Barstow, California.  During their time there they saved and blessed many lives through a prison freedom ministry walk.  They dedicated their love in word and song faithfully.

She was loved by all.  She had a wonderful heart and giving spirit.  She will be missed and cherished through out every day.

Dodie was preceded in death by her parents, her son, Larry de Haan, one grandson, two great-granddaughters and many brothers and sisters.

Dodie is survived by her husband, Dirk, three children and their spouses, Connie and John Macak, Springfield, MO, Rick and Nicole de Haan, Ava, MO, and Karen and Steve Clevenger, Ava, MO, 14 grandchildren, 33 great-grandchildren, and 1 great-great-grandson, two brothers, Carl King and Ira King, and a host of other relatives and friends.

Graveside funeral services for Dodie were at 2:00 p.m., Friday, July 16, 2021 at the Hall Cemetery on T hwy. in Oldfield, MO.  Officiating was Rev. Bob Huskey.  Memorials may be made to Hall Cemetery.  Online condolences may be made to www.clinkingbeardfuneralhome.com.