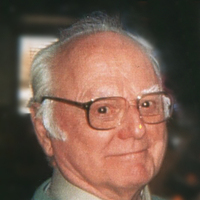 In 1955, Bill married Ruth Phillips. They had three children, Lawrence, Susan, and Charles, and made their home in Franklin Park, Illinois. In 1970, Bill and Ruth moved to a farm in Ava Missouri, where he raised cattle for 25 years. Bill and Ruth sold their farm in 1995 and moved to West Chicago to be closer to their six grandchildren before Ruth’s passing in 1997.

He is survived by his children, Lawrence (Debra) Zell, Charles Zell, and Susan (Thomas) Solon; his grandchildren: Jason, Amy (Moritz Heinisch) and Jesse Zell, and Stephen, Daniel and Jonathan Solon; and by his sister Marian Zell.

He was preceded in death by his first wife of 42 years, Ruth; his second wife of five years Mildred; and his third wife of seven years Charlotte. He was also preceded by four siblings: Evelyn, John, Vernon and Lilian.