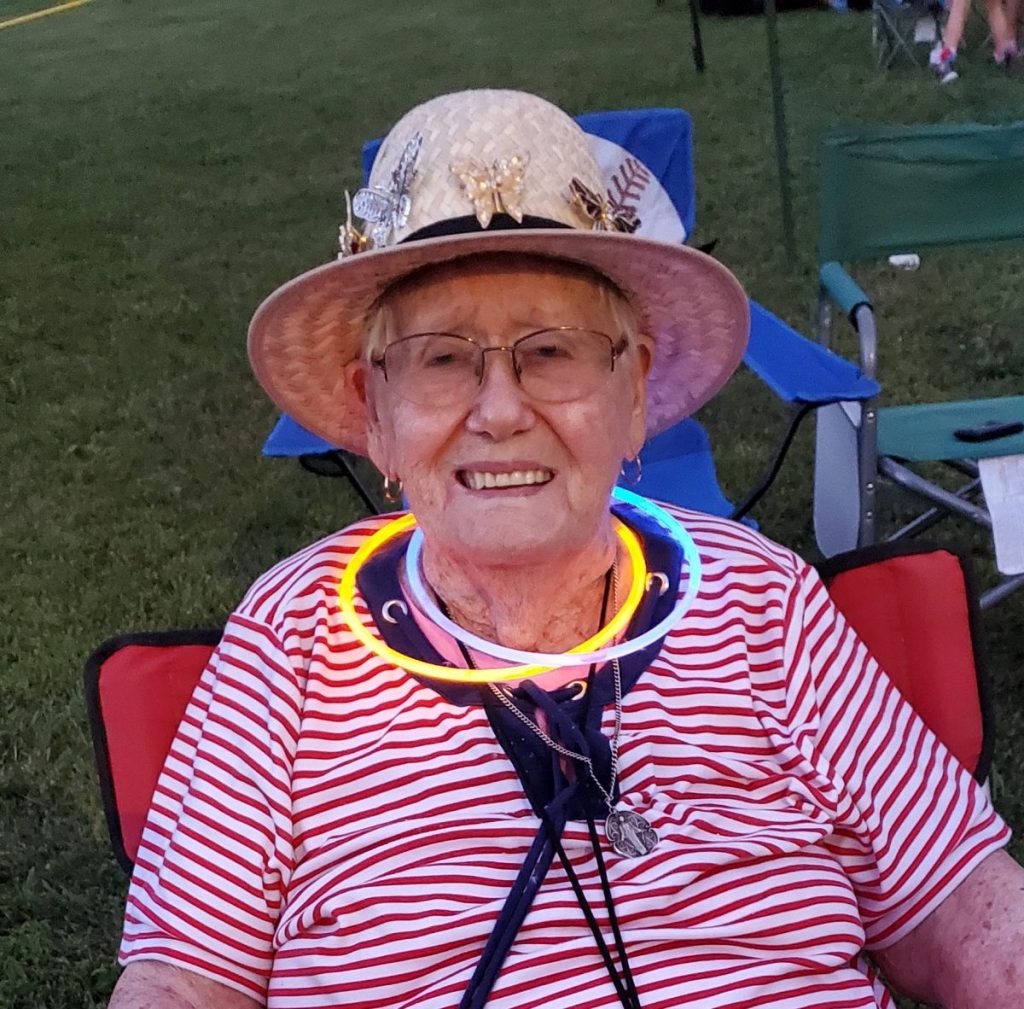 Irene Weber, 97 years, 10 months, and 30 days old, passed away peacefully with family by her side on, June 24, 2021 at Heart of the Ozarks Healthcare in Ava, Missouri.
Irene was born July 25, 1923 in St. Louis, Missouri to Edward and Anna (Sicking) Blake.
Irene and George Weber were united in marriage on March 6, 1943.
She worked for McDonnell Douglas Aircraft in St. Louis, Missouri. They owned and operated a hardware store in Cedar Hill, Missouri. After retiring, they moved to Florida where they lived for 40 years. Irene went back to school and earned her LPN Certificate. She worked for another 20 years before moving to Iowa in 2013 to be with family. In 2018, she moved to Ava, Missouri to be with family.
Irene enjoyed quilting and spending time with her family.
Irene was preceded in death by her husband, George in 2017 and two brothers, Edward Blake and Richard Blake.
Irene is survived by three children, six grandchildren, eight great-grandchildren, seven great-great-grandchildren, one sister, Beatrice “Bea” Smugala and a host of other relatives and friends.
A Memorial service will be held at a later date at the Saint Gianna Catholic Church in Wentzville, Missouri. Cremation services are being conducted by Clinkingbeard Funeral Homes, Inc. Ava, Missouri. Online condolences may be made to www.clinkingbeardfuneralhome.com.