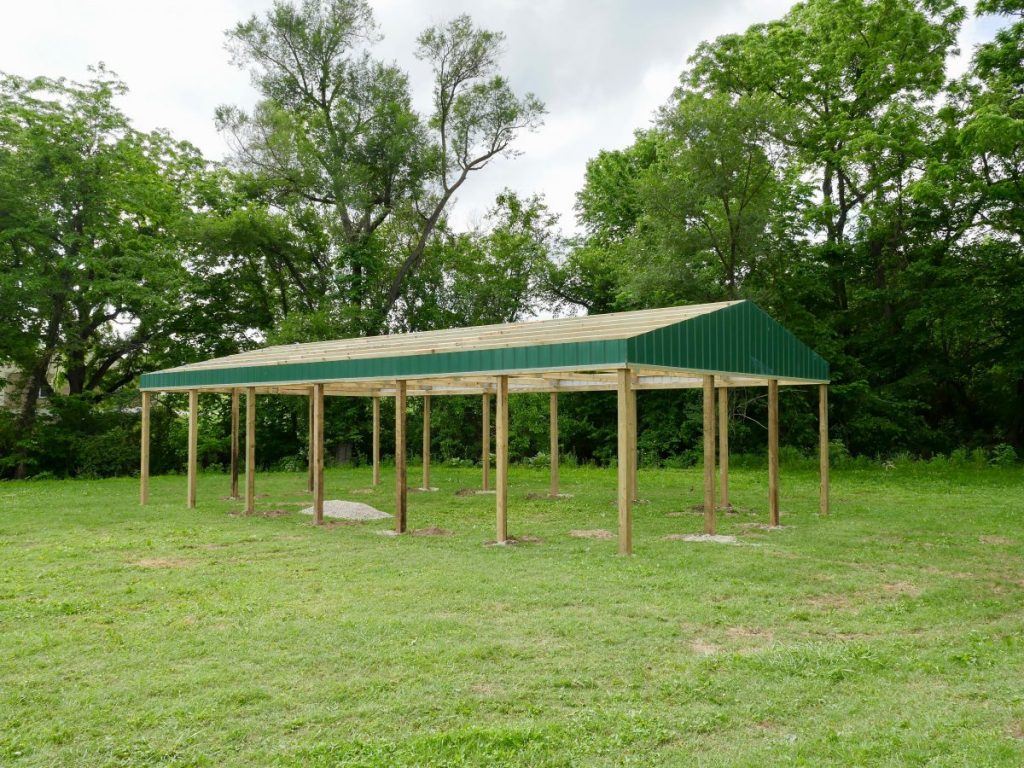 City crews are constructing a new pavilion in the Ava Park.

On Tuesday, June 8th, the Ava Board of Aldermen convened for a business session at 5 p.m.

City Treasurer Peggy Porter said the city ended May “doing well” with $3.9 Million in across all of its funds. She did note that there were some “huge bills” coming in June.

Porter also mentioned the FY 2022 budget review session from Monday, June 7th and said there had been no comments.

The Aldermen voted 3-0 to approve a resolution covering a USDA grant acceptance and compliance agreement for the Fire Department.

The aldermen discussed, but didn’t vote on, a proposed hike to trash collection rates in the city. The proposal is a series of $2 rate hikes – for residential collection service, for a commercial bag, for monthly dumpster rental fees, and for weekly pickups of dumpsters. Mayor Loftin noted that the increases were necessary to cover increased dumping fees, fuel costs, and equipment maintenance.  The aldermen agreed to review the plan and vote on it at a future meeting.

Mayor Loftin reported that he, Alderman Billy Stewart, Senator Karla Eslinger and Representative Travis Smith had recently met with MoDOT officials to discuss the roundabout on Highway 5 north of town. Loftin said he felt “hopeful” that MoDOT would revise the roundabout starting with bid collection in winter of 2023. He said the plan was to more than double the size of the roundabout from 70 feet currently to 150 feet. Loftin said MoDOT already owns all the necessary land so the project would have few obstacles.

Loftin said city crews had already begun construction of a new 24’x 45’ pavilion in the city park. The new unit is being built on the north side of Johnson Avenue on the property recently acquired by the city.

The Aldermen voted 3-0 to re-appoint Jim Thurman and Dale Duckworth to the Ava Housing Authority for another four year term.

Mayor Loftin said city crews were working to fix a water main break behind Walmart. A new elbow has been ordered. Loftin said the current elbow was pushed by ground swelling with the recent rains.

Loftin said he was confident the Ava Square project was finally done. Crews have reworked the cement on the southeast corner for the third time in order to get to drain correctly. Loftin mentioned that the gazebo updates were ongoing.

Mayor Loftin said that on June 15th the city would select an engineering partner for the upcoming CDBG grant.

The alderman voted 3-0 to hire Jerry Burnett for the water dept.

City officials and aldermen will reconvene on June 22nd at 5 p.m. at City Hall. Meetings are open to the public.