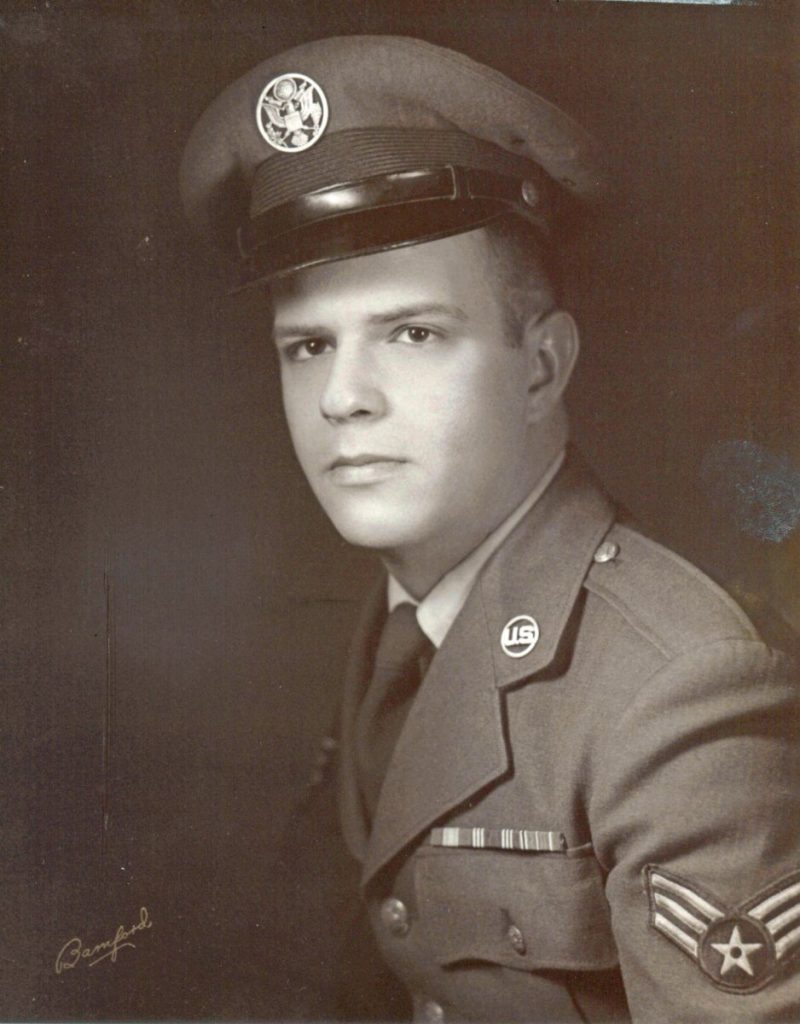 Delano and Donna Joanne Wiese were united in marriage on June 15, 1957 in Wurzburg, Germany to this union three children were born, Tamera, William, and Mary.

Delano was a Vietnam veteran and received a Bronze Star, Republic of Vietnam Second Class Armed Forces Honor Metal, and Air Force Accommodation Medal. He retired from the Air Force after serving for more than 20 years.

Delano was a Christian and loved the Lord.  He faithfully attended various Southern Baptist Churches throughout his lifetime.  He graduated from the Golden Gate Baptist Theological Seminary with a degree in Christian Education.

He moved to Missouri in 2017 to be with his daughter, Mary and family.

Delano was preceded in death by his parents, one son, Michael Thorpe, four brothers, Robert, Jack, Chuck, and Gilbert, and two sisters, June and Pearl.

Delano is survived by three children and their spouses, Mary and husband, Steven Seewald, Tamara and husband, James Burliegh, and Del William Thorpe, seven grandchildren, several great-grandchildren, and a host of other relatives and friends.