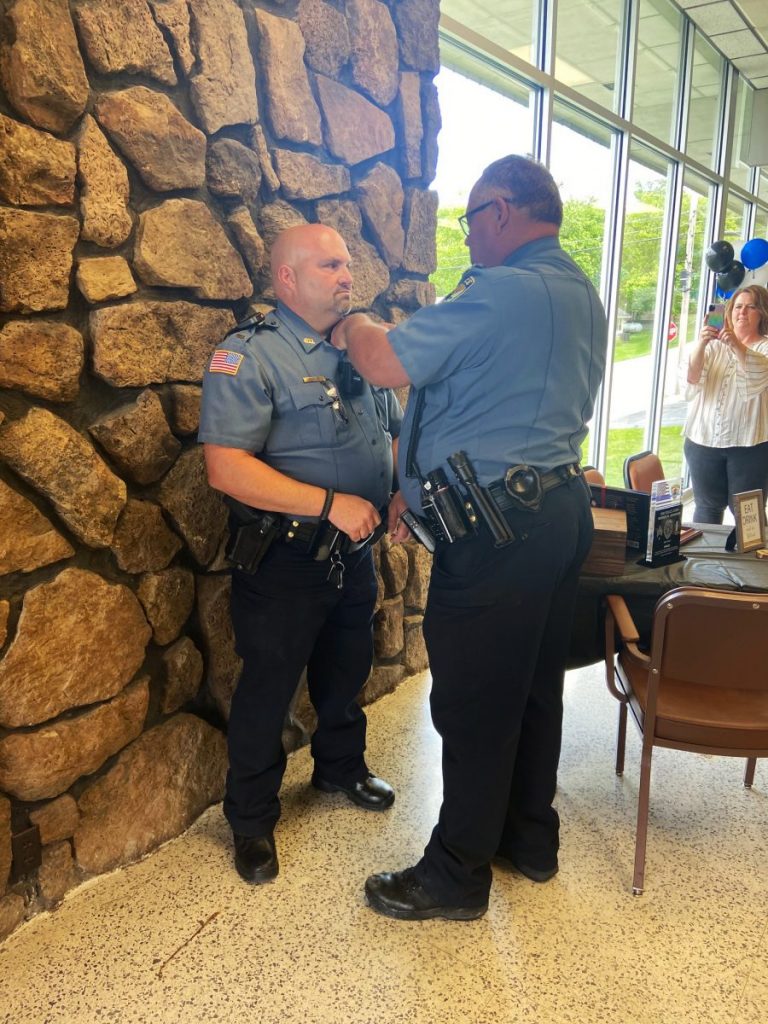 On Friday, May 28th the City of Ava hosted a retirement party for Police Chief Reggie Johnson, who had been with the city for 29 years.

Johnson returned the favor by presenting Loftin and previous Ava Mayor David Norman with the remote key fob for the city’s Jeep Liberty that he’d evidently been pranking them with for several years.

At 3:00 that afternoon Office David Overcast was sworn in as the new Ava Police Chief. Johnson pinned the Chief badge on Overcast to complete the transition. 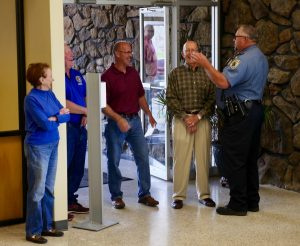 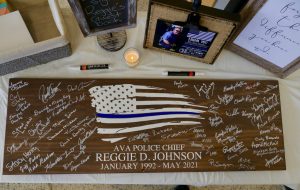 A plaque for Johnson signed by party attendees. 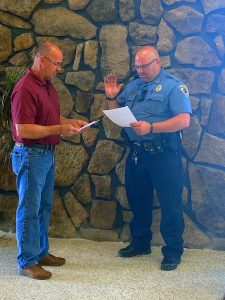 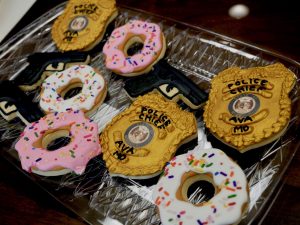 Cookies in the shape of guns, police badges, and donuts available at the retirement party