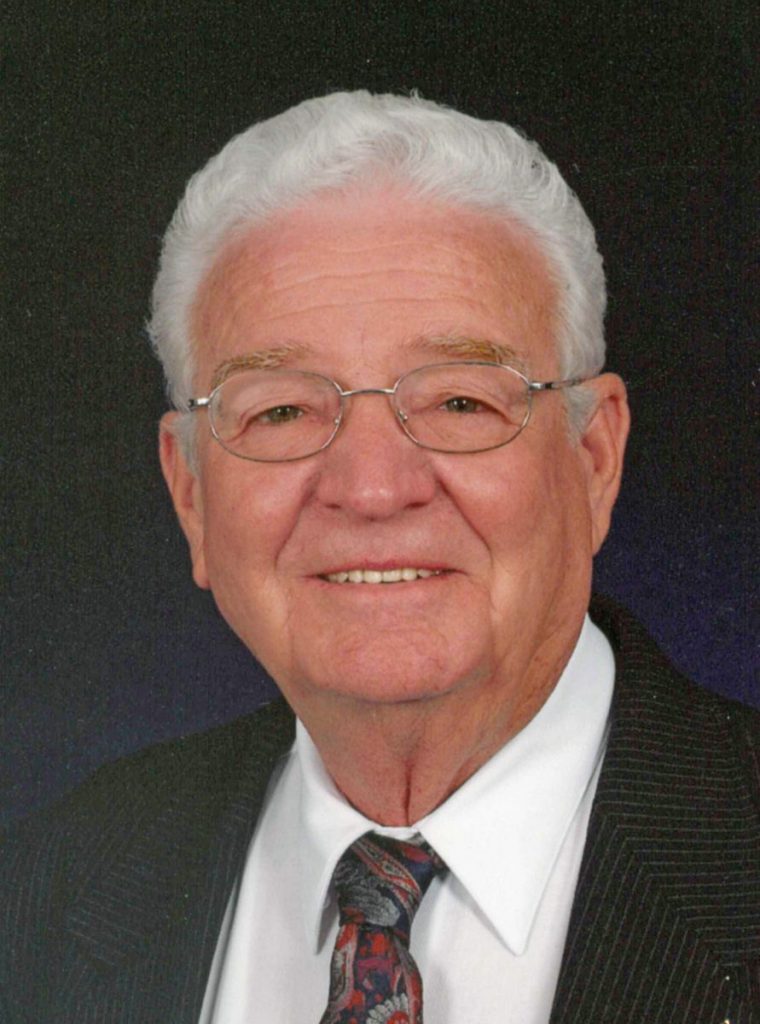 William H. “Bill” Pruett, 87 years, 7 months, 2 days old, passed away peacefully on May 23, 2021 at his home with his wife, Edna holding his hand and his daughters and grandchildren by his side. His grandson Teagan read verses from the bible for him.

Bill was born October 21, 1933 in Douglas County, MO in the Dogwood community to Alvah Leonard and Violet Mae (Stafford) Pruett. Bill lost his mother at age 3 and was raised by his grandparents and older siblings.

Bill served in the U.S. Army during the Korean War. He was stationed in Germany. He and his younger brother Aaron went in the army together and stayed side by side during their whole enlistment. He was awarded the National Defense Service Medal, Good Conduct Medal, Army of Occupation Medal, and Marksmanship (Carbine). He was chosen to be a part of the Honor Guard for retiring General McAuliffe.

After returning home from the service he met the love of his life, a dark haired beauty, Edna Caudill at the (then) Dogwood Café who was a waitress there. It was love at first sight for the both of them and on June 19, 1957 they were united in marriage at Seymour, MO. Bill loved to take vacations every year. He and Edna had traveled to all the states except for Alaska. His favorite spot in winter was in the Rio Grand Valley of Texas.

Bill retired from Springfield Public Schools after 35 years. He first worked as the night crew leader at Glendale High School. From there he was promoted to Building Services Supervisor and worked out of the Kraft Administration Building. During these years he also worked 16 years as a custodian of Temple Baptist Church.

Bill was a people person. He loved to talk with people and never met a stranger. He could travel anywhere and meet someone he knew. He was an avid St. Louis Cardinals and boxing fan. He loved attending all his grandchildren’s activities, sports, and school events and especially baseball games.

He was a kind and gentle man who loved his family unconditionally and they all loved him. He was a wonderful husband, dad, papa and grandpa. He gave the greatest hugs, they will be missed.

He was preceded in death by his parents, brothers; Johnny, David, Aaron and infant Paul, sisters; Alice, Mary, Nadine, and Goldie.

He had suffered from dementia and other health problems for the last few years but he never complained and would always respond “Oh I’m pretty good” when asked.

Bill accepted Christ into his life and on February 26, 2012 he was baptized. Now he has his legs again and is walking, waiting for his sweetheart to come.

Funeral services for Bill will be Friday, May 28, 2021 at 1:00 p.m. in the  Seymour Nazarene Church, 354 N. Main St., Seymour, MO with burial following in the Seymour  Masonic Cemetery, with full military honors by the Troy Herd American Legion Post 112 and U.S. Army Detail. Visitation will be Thursday, May 27th from 6:00 p.m. to 7:30 p.m. in the Clinkingbeard Funeral Home, Ava, MO. Officiating will be Pastor Mark Terrill. Memorials may be made to Seymour Nazarene Church or Alzheimers Association. Online condolences may be made to www.clinkingbeardfuneralhome.com.

2Timothy 4:7 I have fought the good fight. I have finished my course. I have kept the faith.