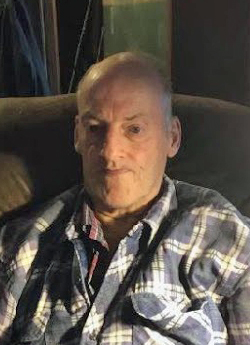 John was a retired truck driver. He had driven for over 30 years.

In August of 1989 John and Colleen Faye Miller were united in marriage at Whitewater, WI.

John and Colleen moved to Douglas County in 2005 from Edgerton, WI. John enjoyed going to auctions and tinkering on cars or just about anything mechanical that needed fixing. He was proud of his truck and was a good driver all those years. John was of the Catholic faith.

John was preceded in death by his parents and a brother, Roy Perkins.

Cremation services for John are being conducted by Clinkingbeard Funeral Home of Ava. His family will have a memorial in Wisconsin at a later date. Online condolences may be made to www.clinkingbeardfuneralhome.com.