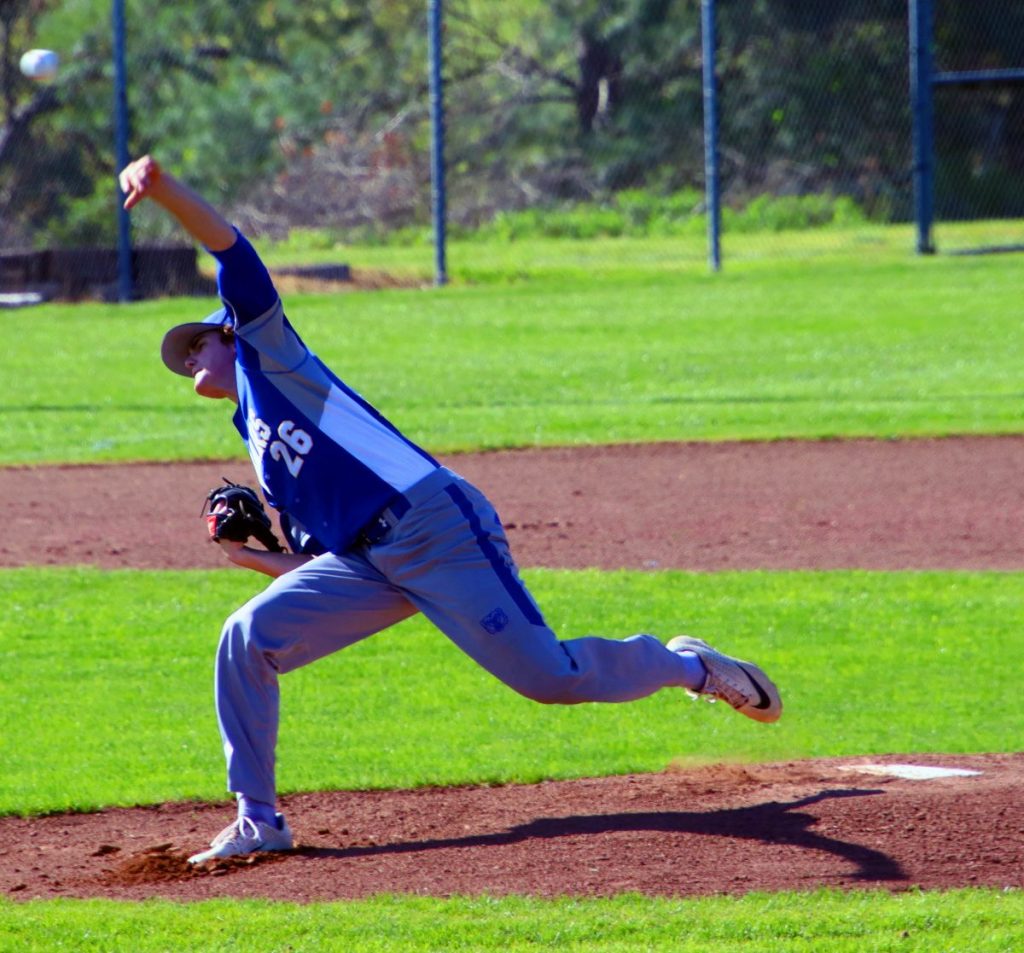 The Ava Bears added two non-conference wins last week giving them a 13-5 record for the season.

The Bears took a 3-1 win from Forsyth in a low scoring game.

Ava scored two of their three runs in the top of the second without collecting a hit. The Bears opened the inning when Andrew Dalton and Zach Mendel walked. A ground out would move them over to third and second. Another groundout led to the first Ava run of the inning. When Quinton Donley reached on a dropped third strike, Mendel would come home.

In the fourth inning, the Bears tallied their third run again without recording a hit. An error allowed Dalton to reach. He was moved up with a sacrifice bunt. An error had Dalton at third. He would score on a passed ball.

The only Forsyth run of the game came the fifth inning when a walk forced home the run.

Both teams were limited to just two hits in the game.

Zach Richards went the full seven innings on the mound for the Bears. He struck out 13 and walked one.

In a second non-conference matchup last week, the Bears defeated the Gainesville Bulldogs, 9-0.

Ava opened its offensive attack early, scoring four runs in the first inning. An error would allow the lead off runner to reach, but he was erased on a fielder’s choice. Richards followed with a double, putting runners at second and third. A Zack Miller single would score a run. Dalton drew a walk loading the bases. Mendel would double home two runs, and a ground out would score another.

The Bears would add two more runners in the third. The inning was opened with back to back triples from Spencer Skyles and Richards. An error would allow the second run to score. Two more Ava runs came across the plate in the fourth inning. Creighton Regenitter singled to open the inning, and was out advancing to second on a ground ball. Payton Evans would double. An error would allow two Bear runs to score.

The final Bear run was scored in the fifth. Mendel was hit by a pitch, moved over to third on an error. He would later come home on a single.

Dalton threw the first five and two thirds innings for the Bears with Miller finishing up on the mound. 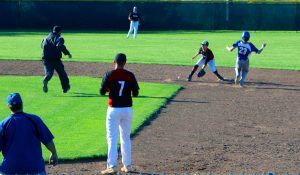 Doug Berger/Herald
Creighton Reginnitter slides into second in the game Thursday with Gainesville.