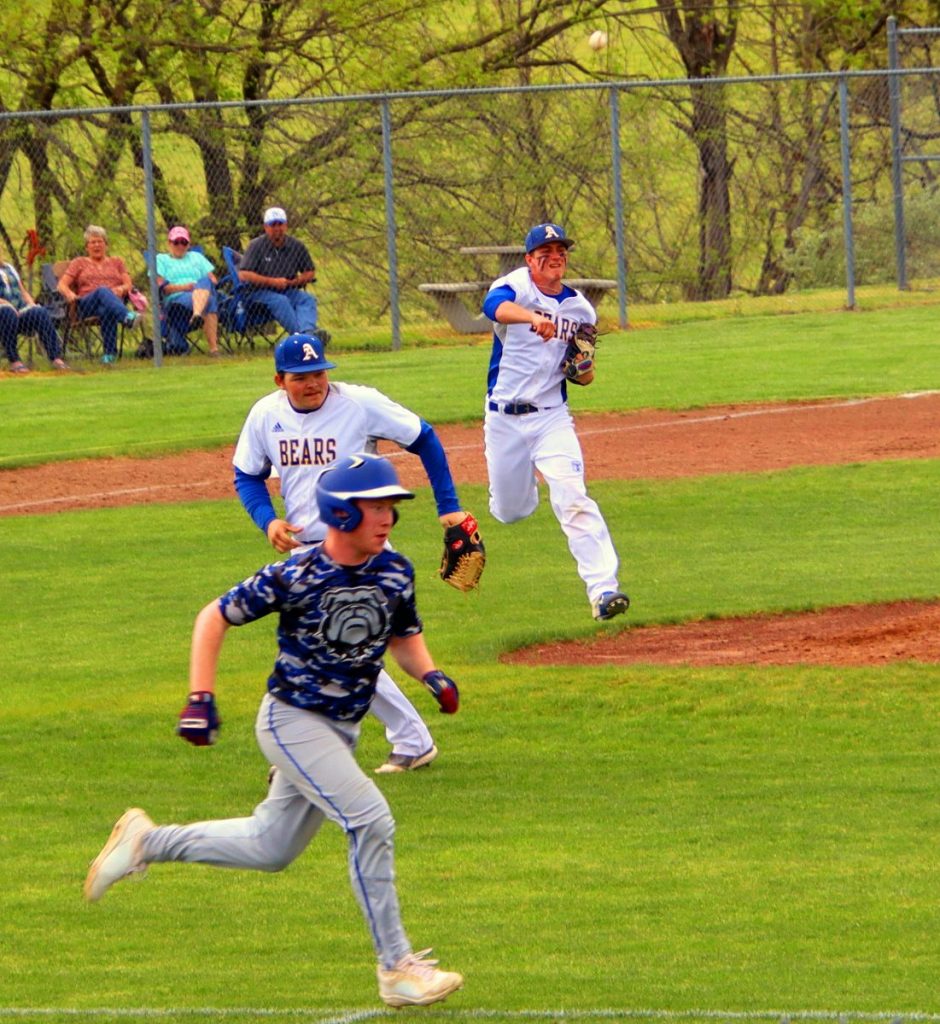 Doug Berger/Herald Zack Miller makes a throw to first in an attempt to throw out a Cabool runner. Later in the game Miller would tie the contest with a three-run home run.

The Ava Bears had to come from behind to pull out a win over South Central Association opponent Cabool Bulldogs. Cabool held a 7-1 lead going into the bottom of the fourth inning, but the Bears put together an eight run inning and went on to take a 10-7 win.

Ava opened the scoring in the game with a run in the first inning. Corey Heinlein would reach on an error and Spencer Skyles would follow with a walk. A fielder’s choice moved Heinlein to third. Zach Richards, who had reached on the fielder’s choice, stole second, and on the throw to second Heinlein came home.

Cabool was able to pick up two runs in the second, and added another in the third. The Bulldogs put together a four run fourth inning. Cabool had loaded the bases with the benefit of two errors and a walk. A single would score two runs. Passed balls allowed the final two runs to score.

With one out, the Bears came roaring back in the bottom of the inning to take the lead. Zach Mendel singled up the middle. Creighton Regennitter would reach on an error. The Bulldog center fielder pulled in a hard line drive for the second out, but Heinlein followed with a double, scoring two. Skyles followed up with another double, driving in Heinlein. Richards was hit by a pitch. Zack Miller would connect for a home run over the left center field fence to tie the game. Reece Adams singled and Andrew Dalton reached on an error which saw Adams score. The final run of the inning would come home with the help of another error.

The tenth Ava run came across the plate in the sixth when Adams was hit by a pitch, and moved all the way around to third on a sacrifice bunt. He would score on a ground out.

Both Ava and Houston had 6-1 records to lead the SCA conference, but the Bears defeated Houston 7-0 in a head to head matchup.