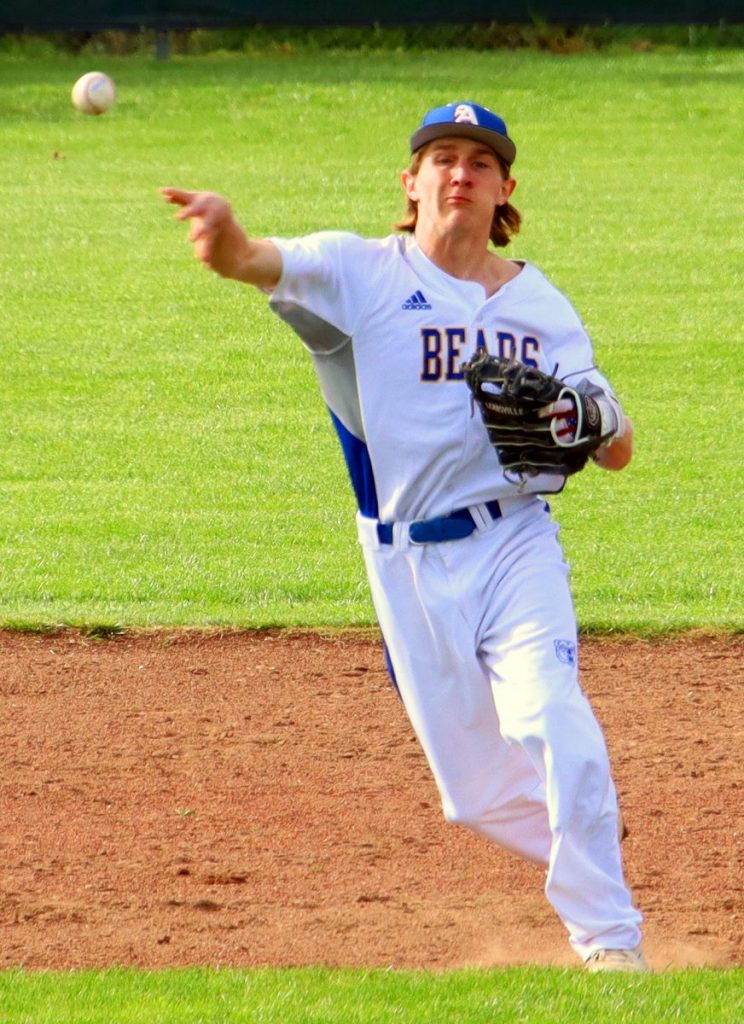 Ava scored its first four runs in the bottom of the second. Colton Marler opened the inning with a double. Andrew Dalton would walk. Zack Mendel moved the runners up with a sacrifice bunt. Creighton Regennitter would single bringing in a run. A walk to Payton Evans loaded the bases. A Salem error would allow the second Ava run to score and kept the bases loaded. The third run would be forced home by another walk. Zach Richards would drive in the final run of the inning with a sacrifice fly.

The Bears added two additional runs in the third. Marler would again lead off the inning and single. Reece Adams running for Marler would steal second and come home on a Dalton single. Dalton would move to second on a ground out and later score on an error.

Spencer Skyles would start the fourth inning with a single, and steal second. He scored on a Zack Miller single.

Richards was on the mound for the Bears for the first five innings and recorded the win. Richards registered nine strikeouts. Bryse Dodson threw the final two innings of the game.

The game was scoreless until the top of the seventh when Salem managed to put their two runs on the scoreboard.

Dalton was on the mound for the Bears the first four innings, and Dodson finished up the game.

With one out in the seventh, Salem put together two singles. Dodson would strikeout the next batter, but the bases would be loaded with a walk. A single by Salem pitcher Baylor Petty would score two runs.

Petty would strikeout the first two hitters for the Bears in the bottom of the seventh, and a ground out would give Salem the win.

The Bears picked up three hits in the game, and walked twice.

In the opening game of the Lebanon Tournament, the game went into the seventh inning before Neosho was able to score the only run of the game.

Neosho managed just two hits in the game and one walk, but were able to put the two hits together in the seventh to score the run. With two outs Neosho picked up a double to break up a no-hitter and a single drove home the run.

Richards was on the mound the entire game for the Bears. He struck out nine in the game.

The Bears recorded four hits in the game, but they were spread out over four innings. Two Bears runners were picked off bases and another thrown out stealing to end scoring threats. Ava threatened in the fourth inning. The Neosho catcher accounted for two outs in the inning, throwing out a runner attempting to steal second and picking off another runner from first base. The Bears had drawn two walks in the inning. The fifth inning saw the Bear’s put a runner on second with a double, but a successful pickoff erased that threat. Ava threatened again in the seventh when with two outs a dropped third strike allowed a runner to reach. A Neosho error put runners at first and third, before a groundout ended this threatened score.

Ava fell to the host Lebanon team in the second game of the tournament, 7-0.

Lebanon scored a run in the second to take the lead. The added three runs in both the fourth and fifth innings.

Ava had opened the game with a single, and another runner reached on an error, before a fly out and strikeout ended the inning. The Bears had five hits in the game.

Ava will return home May 4 to face Gainesville.