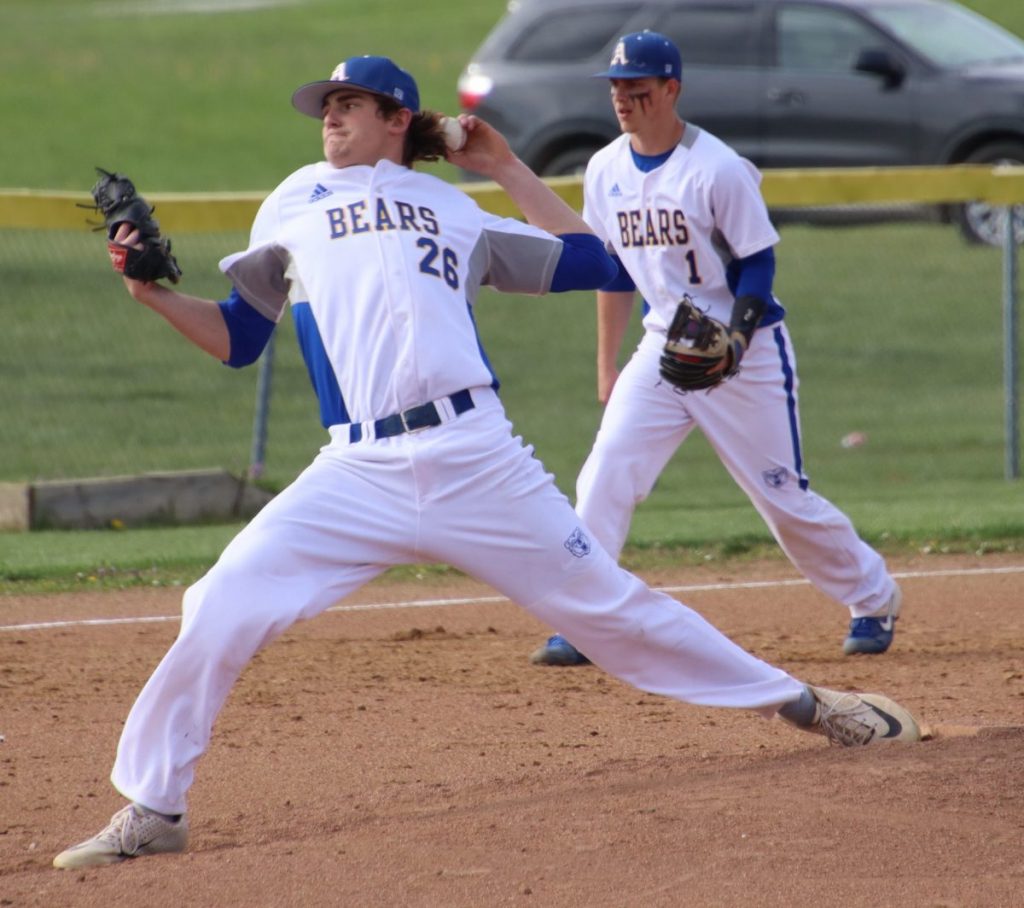 Doug Berger/Herald Andrew Dalton took the win over Seymour for the Ava Bears.

Bryse Dodson opened the week with a no-hit effort against South Central Association opponent Willow Springs on April 12. Dodson threw the full five innings of the 12-1 win. He struck out eight in the game.

The Bears struck quickly on the Howell County team’s home field. Corey Heinlein and Spencer Skyles walked. After they both moved up with steals, a Zach Richards ground out would score Heinlein and advance Skyles to third. Skyles would come home on a Zack Miller ground out.

Ava added two more in the second when Reece Adams led off the inning with a single. Adams would steal second and Payton Evans would walk. A fielder’s choice forced Evans at second, but advanced Adams to third. Heinlein, who had grounded into the fielder’s choice, stole second. The bases were loaded when Skyles was hit by a pitch. Richards would ground out bringing in another run. Two walks forced home the second run.

The fourth inning saw Ava scoring two more runs. Richards walked and Miller was hit by a pitch. Andrew Dalton moved up the runners with a sacrifice bunt. Zach Mendel would drive in two runs with a hard single to center field. Six Bear runs came home in the fifth. Evans would walk and Heinlein would follow with a single. Skyles picked up an RBI with a single. Richards cleared the bases with a home run. Miller walked and Dalton would double. Mendel loaded the bases with a walk. Ashton Stout would single scoring two more runs.

Willow Springs scored their only run of the game in the bottom of the fifth. After a walk, two Ava errors allowed the run to come home.

The Bears struck out just once in the game, while picking up nine hits and ten walks.

Ava followed up their Willow Springs win by traveling to Seymour for a non-conference contest. The Bears came away in another five inning game with a 14-1 win.

The Bears scored their first run in the first with a leadoff walk and three consecutive singles. Ava added three in the third. Skyles would single to lead off the inning. Richards and Miller would have back to back doubles scoring two. Miller would move over to third on a passed ball and come home on another passed ball.

The only Seymour run of the game was scored in the bottom of the third when Seymour put together a walk, single and double.

Ava came back in the fourth inning and scored seven. The Bears had only two hits in the inning. After Ava had collected five walks and benefited from a Seymour error, Mendel tripled scoring three. Mendel would score on a Caden Lee single.

The Bears added three more in the fifth. With two outs, Quinton Donley and Adams would single. A walk to Ryan Thompson would load the bases. When Creighton Regennitter was hit by a pitch the first run of the inning was forced home. Two walks pushed home the final two runs.

Dalton took the win for the Bears. He threw the first thee and one third innings and struck out five. Richards finished up the game on the mound. Four Bears had two hits in the game, Skyles, Richards, Miller and Lee.

Ava picked up their second no-hitter of the week when Richards threw the first three innings and Regennitter finished up in a 17-0 win at Thayer.

The Bears again opened the scoring in the first inning with a single by Richards and a triple by Miller bringing home Richards. After a walk to Dalton, a Thayer error would allow the next two runs to score.

Ava added four in the third. Skyles led off with a home run. Richards and Miller would single. An error allowed two runs to score. The Bears scored their last run of the inning on another Thayer error.

The Bears doubled their run total in the top of the fourth with three hits. Ava benefited from three Thayer errors and two walks. The only extra base hit of the inning came on a two-run double by Lee.

Ava added three more in the fifth. The bases were loaded following a walk and two hit batters. A ground out would score a run. Another run would come home on an Adams single. The final run came across the plate on a Thayer error.

The Bears will host Salem on Thursday, April 22. 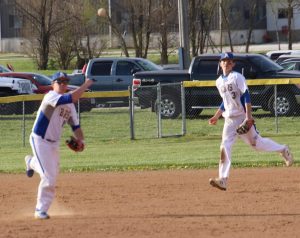