On Tuesday, April  11th, the Ava Board of Aldermen convened for a business session at 5 p.m.

The Aldermen voted to approve the results of the municipal election last week as certified by Douglas County Clerk Karry Davis. 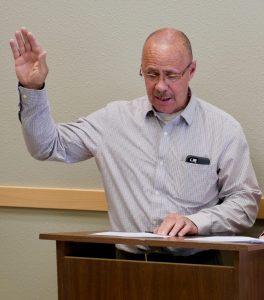 Burrely Loftin was sworn in as Mayor. 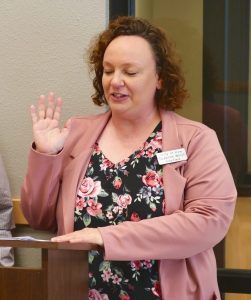 Suzanne Welsh was sworn in as City Clerk. 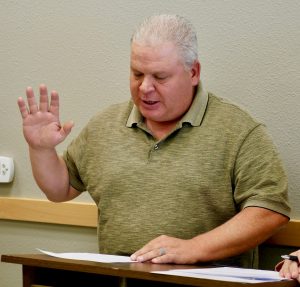 Billy Stewart was sworn in as East Ward Alderman. 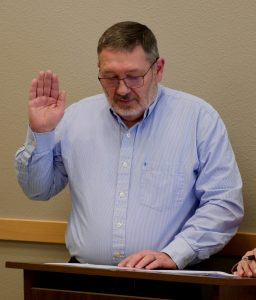 Noel Dye was sworn in as West Ward Alderman. 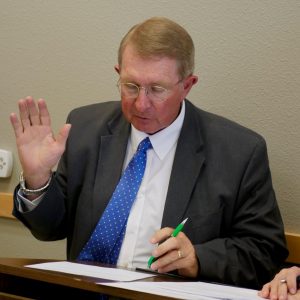 Larry Tyrell was sworn in as City Attorney. 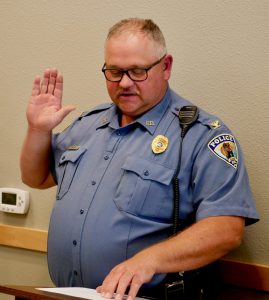 Reggie Johnson was sworn in as Chief of Police. 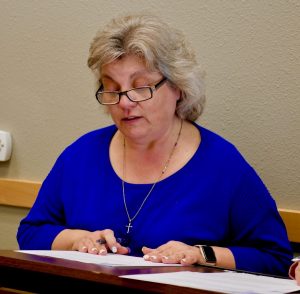 Peggy Porter was sworn in as City Treasurer.

Stan Lovan was reappointed as President of the Board of Aldermen.

City Treasurer Peggy Porter reported that the city had $3.77 Million across its funds, but with some end-of-fiscal-year expenses would bring those numbers down a bit. She said the city reserve funds were at $1.9 Million.

The Aldermen voted 4-0 to approve Ordinance 1091, authorizing the Mayor the city to engage with Strukel Electric for the MoDOT Airport Lighting Grant Project.

Mayor Loftin said one of the city’s brush trucks was in need of an in-frame engine overhaul. He expected the job to cost around $7,000.

Loftin said the filter work at the Waste Water Treatment Plant was now complete. Two of the three sand filters have been replaced at a cost of approximately $300,000.

Mayor Loftin said the city had not been successful in getting the MoDOT TAP grant.

Mayor Loftin said that crews had recently found city well #6 down, possibly struck by lightning. A new pump was installed and the well will be back in service after some initial testing.

Loftin said the city-wide cleanup is scheduled for May 3-7.

Loftin reported that the waterline project on South Jefferson was almost complete. Two more houses were connected to the new 10” water line. The Church of Christ was the last building to be added. Loftin said over 4,000 feet of old waterline would be abandoned when this project was complete.

The board of aldermen voted 4-0 to hire Quintin Vaughn to fill a vacancy in the maintenance department.

City officials and aldermen will reconvene on April 27th at 5 p.m. at City Hall. Meetings are open to the public.