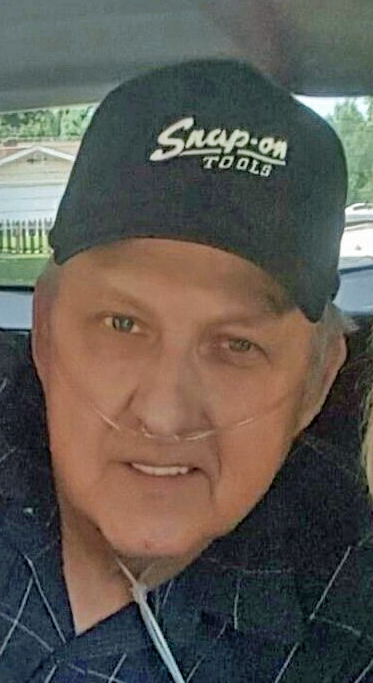 Danny Yeary, 69, passed away peacefully March 22, 2021 surrounded by his family at his home in Ozark, MO after a long brave fight with a prolonged illness. Danny was born on August 15, 1951 in Branson, MO and grew up in Bradleyville, MO. This is where he met his high school sweetheart and love of his life Vicki Pierce. They were married on June 5, 1971 and settled in Ava, MO where they were blessed with three children.

Soon after graduating Bradleyville High School in 1969, Danny went to Pennsylvania to work for Fosco Fabricators developing infrastructure for new interstate highways with his brothers Wayne and Short.  He then went on to work as a craftsman building pole barns in 1972. He loved pointing out barns that he had helped build while driving past them on the road with his family. He was a loyal employee of Wal-Mart for 23 years before retiring in 2000 and building his dream home off highway 5 in Ava with his wife Vicki. He later began working for Prime Inc. with his son Nathan as an APU installer, installing generators on trucks. He often mentioned how much he loved working at Prime with his son and the many friends he made there.

Danny loved listening to music, especially when sitting with his brother Mike, and watching old TV shows with his favorites being Bonanza, M.A.S.H. and Hogan’s Hero’s. He enjoyed collecting handsome guns and knives over the years and sharing his collection with his friends and family.  He took great pride in the appearance of his yard and enjoyed mowing his well-maintained lawn on his riding lawn mower with his dog running behind him.  One of Danny’s favorite hobbies was whistling. He could often be heard whistling the theme from Disney’s Robin Hood, The Andy Griffith Show and countless other tunes he had picked up over the years. Danny enjoyed playing games on his phone and drinking a nice hot cup of coffee with his dog Maggie on his lap. However, he was always happiest when he had his entire family with him, especially his beloved grandchildren.

Danny is preceded in death by his parents White and Dovie Yeary, his mother and father in-law Lena and Roy Pierce, sisters Maxine Vest and Luene Johnson, brothers Harvey, Wayne and Harold Harlin, as well as his beloved “little black dog” Lolo.

He will forever be cherished in the lives of his loving wife Vicki, daughter Shannon (Yeary) Cotsworth and her husband Gavin of Overland Park KS, son Nathan of Parker, CO and son Jarrin and his wife Kayla of Parker CO. He will always be remembered as a wonderful Papa to grandson Alex (Nathan) and granddaughters Morgan (Nathan) and Sutton (Shannon). Danny is also survived by his brothers James (Betty) Yeary of Nixa, MO and Mike (Sherry) Yeary of Rueter, MO, as well as many nieces and nephews.

Danny’s visitation was held Friday, March 26 from 6-7 PM at Clinkingbeard Funeral Home in Ava, MO. A graveside service was held March 27 at 1 pm at Bethel Cemetery. In lieu of flowers, the family is asking for donations to be made to Bethel Cemetery. Officiating was Pastor David Easley. Due to Covid-19 we requested everyone to wear a mask if attending. Online condolences may be made to www.clinkingbeardfuneralhome.com.