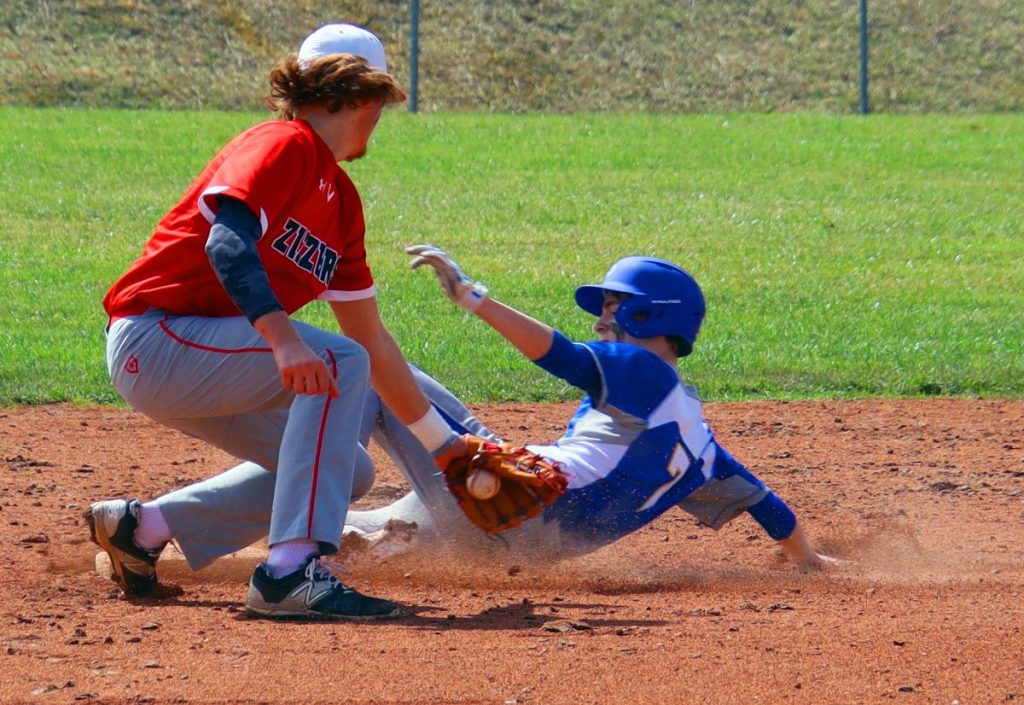 The Ava Bears opened their first week of the baseball season with a 1-2 record in non-conference play.

Ava played two games on Saturday. In the first game they came away with an 8-6 win over Marshfield.

Marshfield took the early 2-0 lead in the third inning, but Ava was able to come back in the top of the fourth to take a 4-2 edge.

Marshfield threatened in the first inning, but a runner was caught stealing home to end the threat. In the bottom of the third Marshfield opened the inning with a walk. With one out another walk put Marshfield runners at first and second. A single would load the bases. Another single would allow Marshfield to score their first run. A walk forced home the second Marshfield run.

In the top of the fourth, Zach Richards would reach on an error. Zack Miller would walk. Colton Marler reached on a bunt single. Andrew Dalton singled in the Bears first run. Bryse Dodson would ground out, but the second Ava run would come across the plate. A Marshfield error allowed two more Ava runs to score.

The Bears added another run in the fifth when Richards walked and stole second. He would score on a Miller single.

Marshfield tied the game in the sixth scoring three runs on four hits and a Bear error.

Ava came back in the seventh with three additional runs. Spencer Skyles doubled and scored on a Creighton Regennitter single. Richards would follow with a double scoring Regennitter. A fly out would move the runner to third. Dalton would drive in the third run of the inning with another single.

Marshfield was able to pick up one run in the bottom of the seventh, but couldn’t overtake the Bears.

Richards took the win for the Bears. He came on in relief in the sixth inning and threw two scoreless innings.

In the Bears second game of the day, Ava fell to Carthage, 4-3.

Carthage scored their first two runs in the third inning without the benefit of a hit. Two runners reached on walks and scored on a steal of home and passed ball. Carthage added another run in the fourth. The first hitter singled, stole second and moved over to third on a sacrifice bunt. The fourth Carthage run came home in the sixth. Again the leadoff runner reached on a singled and was moved up on a sacrifice bunt. The run would score on an Ava error.

Ava came back with three runs in the seventh, but it wasn’t enough to catch Carthage. With one out Payton Evans and Quinton Donley walked. Skyles would load the bases with a single. A Carthage error would allow two Bears to score. Miller would single allowing Skyles to score.

Dalton took the loss for the Bears. He threw four innings allowing just one hit and two earned runs. He struck out three.

Miller led the Bears offense with three hits and an RBI. Corey Heinlein had a hit and two RBIs.

In the opening game of the season, the Bears had fallen to Hollister, 4-2.

Hollister put the first run of the game on the scoreboard in the bottom of the fourth. With two outs, Hollister would put together a single and double to score the run.

In the top of the fifth, the Bears would come back with two runs to take the lead. Heinlein would single and move up to second on a sacrifice bunt from Regennitter. Skyles would follow with a double bringing home Heinlein. Skyles scored on a Richards single.

Hollister would open the bottom of the fifth with a single. The runner was erased on a double play, and Richards would strikeout the next hitter to close the inning.

The host would score three times in the bottom of the fifth to take the lead. A runner would reach on a walk and advance to second on a sacrifice punt. Another walk would put two runners on base. A passed ball would put a runner at third. Hollister would single in a run to tie the game. The next hitter would double to bring home two more runs.

The Bears were unable to reach base in the top of the seventh, and Hollister hung on for the win.

Ava recorded five hits in the game. Heinlein was two for three with one run scored. Skyles, Richards and Miller each had a hit.

Richards threw the first five and a third innings. He allowed three hits and two earned runs. He struck out seven and walked one. Bryse Dodson came on in relief and gave up two hits, two earned runs and walked two. Andrew Dalton would finish out the game on the mound for the Bears with two strikeouts. Dodson took the loss for the Bears.