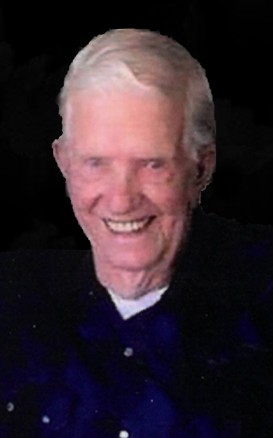 Andy proudly served in the United States Army during the Korean War era. He entered April 16, 1953 and was honorably discharged April 5, 1955. He then worked for many years at Hutchen’s Steel in Mansfield, Missouri. He was a lead man at the time of his retirement from the steel plant.

Shortly before he retired Andy met and later married Evelyn McClellan. They were together for over thirty years before her passing in October of 2020. They purchased a used camper and upgraded many times over the years as they enjoyed traveling together camping, fishing, and going to casinos. Andy was quite a “horse trader” and somehow always ended up with a nicer camper for less money each time. Many times when someone would stop by to visit the first thing he would say was, “come look at my new camper.”

Andy greatly enjoyed camping and fishing trips with family and friends throughout his lifetime. He also loved to shoot pool with his friends and was really good at it. He enjoyed woodworking and created many beautiful pieces of furniture throughout the years.

Andy was saved and baptized while attending Pleasant Home Free Will Baptist Church in Douglas County. He was baptized with his wife and children, Missy and Don, on August 16, 1981, at Topaz, Missouri.

Andy was a kind and gentle man who loved God, family, and country. The last couple of years weren’t always easy for Andy with his wife’s declining health. He did an amazing job caring for Evelyn. They weren’t able to go as often and really enjoyed visits from neighbors and family stopping in to see them. Andy especially loved visits with Shelsie and her girls. He was known by many titles. He was Uncle Andy to many and a good neighbor and friend to all. To the immediate family he was known as the greatest dad and grandpa anyone could ever have. He will be dearly missed by all.

Funeral Services for Mr. Sartor were held at 11 AM on Saturday, March 27, 2021, in the Craig-Hurtt Chapel, Mountain Grove, with Rev. Zach Williams officiating. Special songs were “Amazing Grace”, “I’ll Fly Away”, and “I’ll Have A New Body.” Serving as pallbearers were Dan Sartor, Norris Sloan, Jim Melton, Jim Taylor, Mark McIntosh, and Robert Keehner while Junior Wehrer served as an honorary pallbearer. Burial was in Lone Star Cemetery of Mountain Grove under the direction of Craig-Hurtt Funeral Home. Memorial contributions may be made to Pleasant Home Free Will Baptist Church in care of the funeral home.