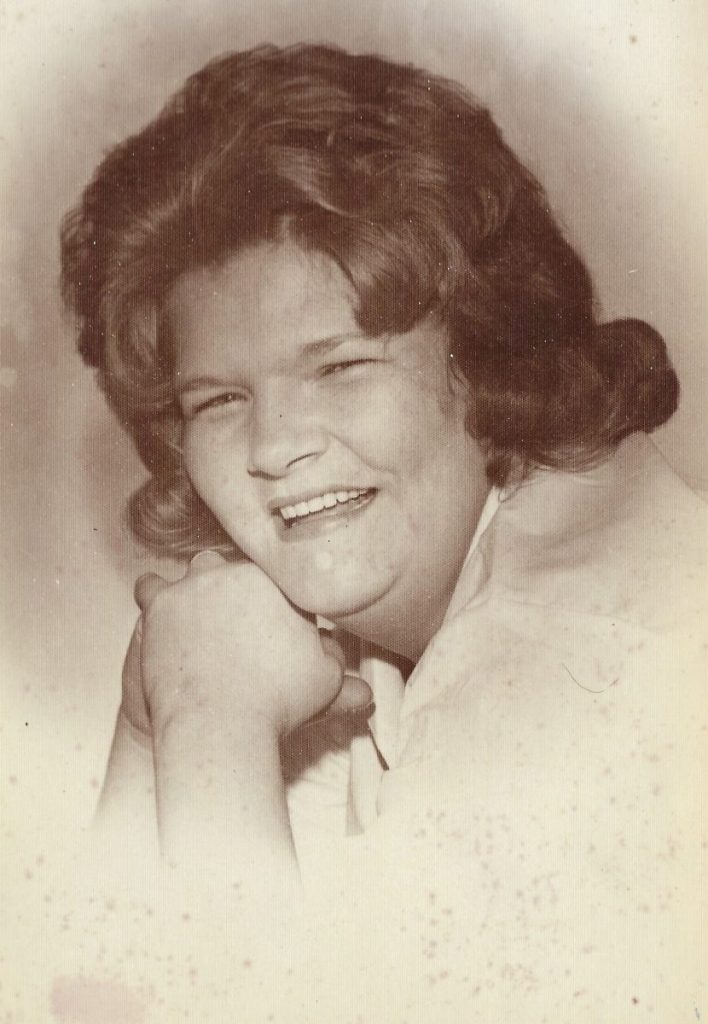 Mary June Smith was born August 25, 1944, in Seymour, Missouri, to Paul Hazen and Dora Ione (Rich) Smith. One of nine children, she was raised in the Dogwood and Ava, Missouri areas. Mary attended Dogwood School and graduated from Ava High School in 1962. After high school, she went through training to become a Certified Nurses Aid and later earned her Licensed Practical Nurse degree. She dedicated her entire life to nursing and caring for her patients, as both LPN and Unit Secretary at Mercy Hospital in Springfield. Mary retired after more than 37 years of dedicated service.

Aunt Mary never had children of her own, but to so many of her nieces and nephews, she was a second ‘Mom’. Countless great-nieces and nephews considered her and called her ‘Grandma’. She loved her family dearly and they adored her – she was a wonderful aunt! Mary was a loving daughter and caring sister. She never met a stranger and her friends were countless.

Also countless were her purses and shoes! She loved to shop, and shoes and purses were her ‘bag’.

Mary was greeted into heaven by her beloved parents, Paul and Ione; her brothers, Fred Smith, and Wayne Smith and wife Barbara Ann; her sister and brother-in-law, Ruth and Bill McPhail, and brothers-in-law, Ferman Brooke, and Arnold Heard; her nephews, Gary Smith and Matthew Welker, and niece, Tiffany Smith, also preceded her in death.

Those left behind with precious memories of Mary include her sisters, Doris Heard of Hobbs, New Mexico, and Barbara Brooke of Seymour, and sister-in-law Lillian Smith of Dodge City, Kansas; her brothers, Norman Smith and wife Bessie, of Marshfield, Missouri,  Dean Smith of Seymour, Missouri, and Ricky Smith and wife Charlene, of the state of Nebraska; countless nieces and nephews, great-nieces and nephews, have fun memories of Aunt Mary, and especially Garyth who considered her his grandma, and Luke, Pepper, and Nolan Thompson, and Mya Shissler, who all thought of Mary as their great-grandma; and so many more dear friends and neighbors who considered her a kind and fun-spirited person.

She will be sorely missed, but so fondly remembered by those lucky enough to have known her and loved her.