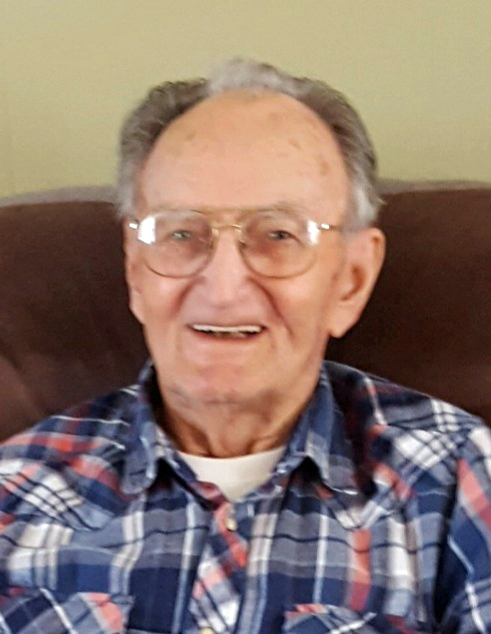 John Stephens, 92, passed peacefully on to Heaven on March 16, 2021 at his home in Brookline, Missouri.

John was born on April 9, 1928 in Ozark County to Roy & Ada (Rackley) Stephens. Ada passed in the fall of 1928, and Roy later married Mable (Tetrick) Stephens.  John grew up on Brush Creek in Ozark County with his grandparents, Oll & Lyde Driskell.

On June 19, 1954, John & Thelma Jo (Pool) Stephens were united in marriage at Ava, Missouri and to this union they were blessed with two children, Max and Lisa.

John attended Brush Creek Elementary as a child and worked on his grandparent’s farm in Ozark County as a young man. John was drafted into the army in 1951 and spent two years in the service.  John retired from Heath & Son Feed in Ava, Missouri in 1993 after 35 years.  He also mowed the Eaton Cemetery with his brother-in-law Benny Pool for many years. John attended Mt. Tabor Church and later Life Church (FGBC) prior to relocating to Brookline in 2020.

John was a hard worker and was known to tinker in his garage in his free time. He enjoyed hunting, traveling out west, going to McDonalds with Jo, and spending time with his family.  After John could no longer make long trips, his kids and grandkids would call when they’d travel to tell him where they were at and he would find their location in the atlas that he always kept next to his chair.  He also enjoyed working on the Mt. Tabor church building with his best buddy, Martin Hathcock.

John was proceeded in death by his wife, Jo Stephens, his parents, and his brothers JT, Allen & Ellis Stephens.

Burial was Saturday, March 20, 2021 at 9:30 a.m. in the Eaton cemetery.  Officiating was Max Stephens. Memorials may be made to the Eaton Cemetery or to the family as a Love offering. Online condolences may be made to www.clinkingbeardfuneralhome.com