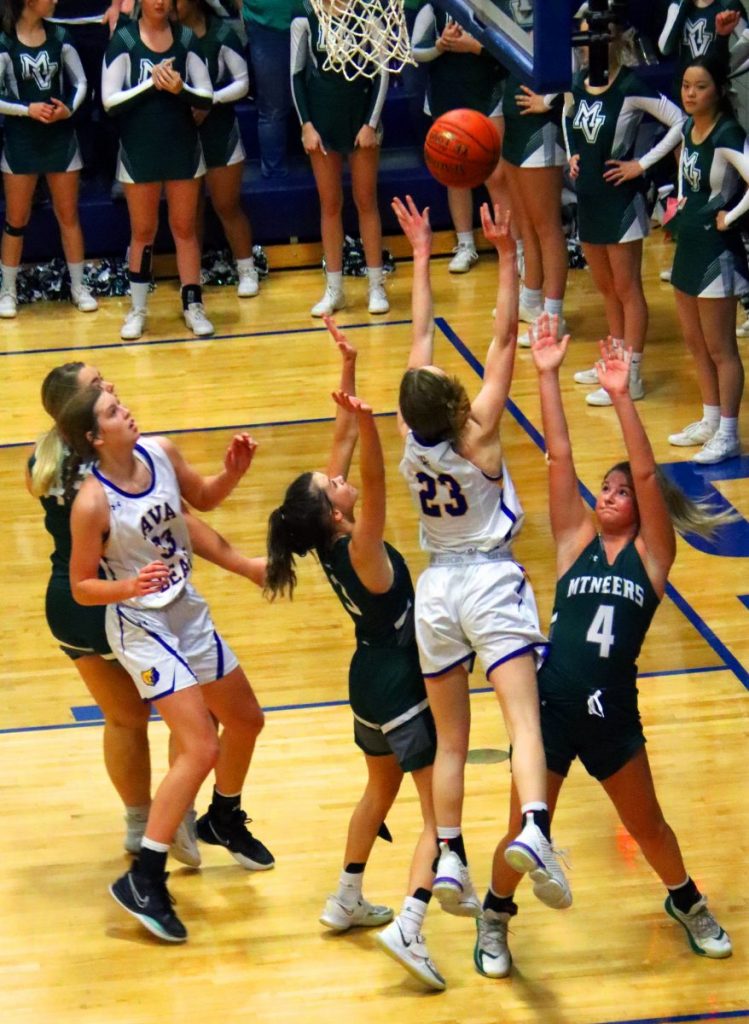 The Ava Lady Bears and Mt. Vernon Lady Mountaineers traded leads several times in a fast paced Missouri State Tournament sectional matchup before Mt. Vernon went into the lead for the final time with 1:01 remaining in the game. The Lady Bears would fall to Mt. Vernon, 53-49.

Mt. Vernon went out to a 9-3 lead early in the game, but the Lady Bears scored the next six points and tied the game. Mt. Vernon would connect on a three-pointer from senior Lacy Stokes to retake the lead. Sara Mendel put in a two-point shot and Lexie Gastineau followed up with two free throws to put the Lady Bears back in the lead. Stokes would score from two-point range, but Olivia Gastineau responded with her own two. Stokes came back with a three-pointer and Hannah Evans sank a three-point shot to give the Lady Bears a 19-17 lead at the end of the first quarter.

Ava continued to stretch out their lead in the second quarter and held a 27-19 edge at the midway point of the quarter. The Lady Bears outscored Mt. Vernon 14-9 in the quarter to go into the second half with a 33-26 lead.

Mt. Vernon came out of the locker room to the start of the second half with Stokes scoring the first six points of the quarter. The Lady Mountaineers would take a 36-33 lead with 4:27 remaining in the quarter. Mendel would sink two free throws to pull Ava within one. Mt. Vernon would stretch their lead to six, but a Lexie Gastineau three-pointer at the buzzer kept the Lady Bears within three.

Olivia Gastineau tied the game at 45 with 3:32 remaining in the game. Olivia Gastineau would follow up with two free throws to give Ava a two point lead. Stokes hit another two-pointer and the game was again tied up with 2:04 remaining on the clock. Stokes would put the Lady Mountaineers in the lead with two points. Evans sank two free throws and the game was again tied with 1:01 remaining. Stokes would then sink a two point shot giving Mt. Vernon the lead for good. The Lady Mountaineers would tack on two more free throws to take the win.

Stokes scored over half of the Lady Mountaineer points with 28.

The Lady Bears finished out their season with a 21-6 record.

The Lady Mountaineers hosted Blair Oaks on Saturday in the quarterfinals of the Class 4 State Tournament and edged Blair Oaks, 46-45. Mt. Vernon will matchup against Vashon in the state tournament Class 4 semi-finals on March 19 at the John Q Hammons Arena in Springfield. 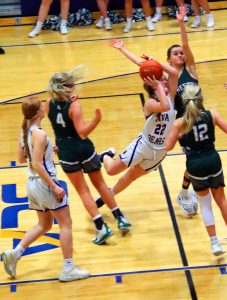 Doug Berger/Herald
Olivia Gastineau puts a shot up from the lane in the sectional game with Mt. Vernon. 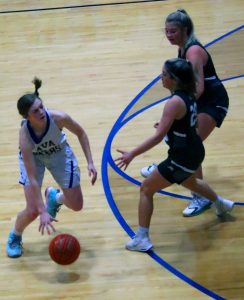 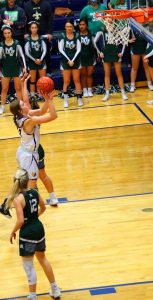 Doug Berger/Herald
Sara Mendel lays in a shot against Mt. Vernon in a sectional game of the Class 4 state tournament.