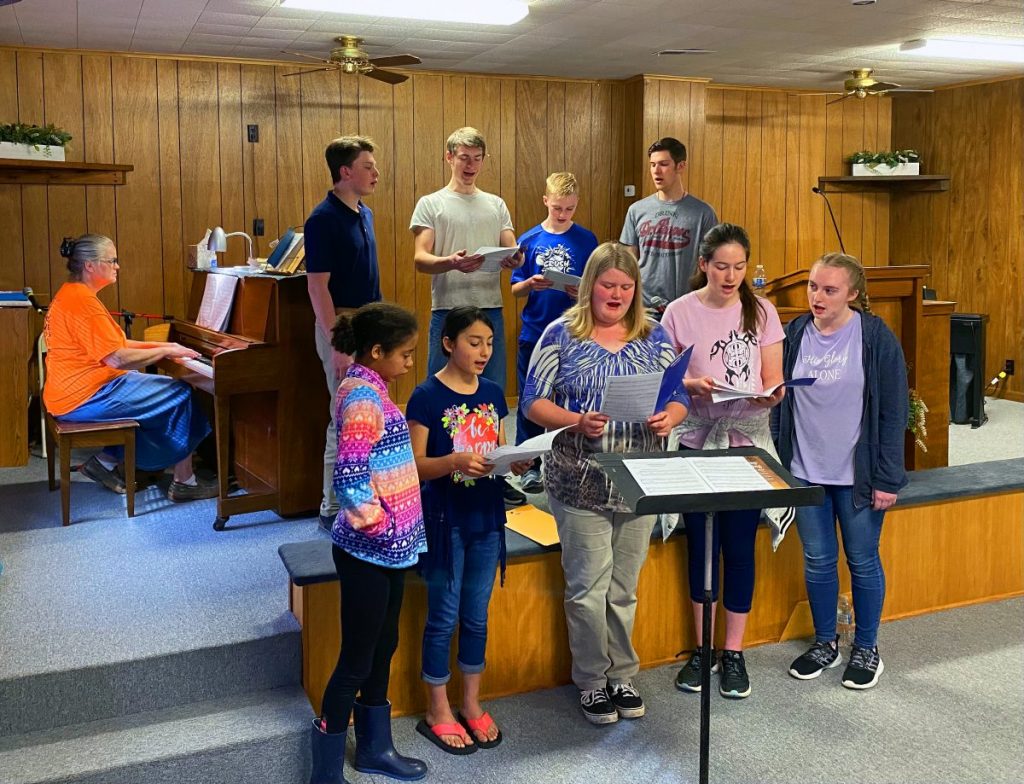 Submitted photo Members of the older group of the Foundation Choir.

When Dana Fourman first thought about creating a homeschool choir, she was hoping to have about 10 students involved the first year. She has surpassed that number and is continuing to grow. She explained she had met with a few homeschool moms last summer as a fact finding mission to see how much interest there would be in starting a homeschool choir, and there seemed to be quite a bit of interest.

“My goal for this year was to get at least 10 kids and we started out with 17, and it looks like we might be getting a few more. It is pretty exciting,” Fourman stated.

Fourman was focusing on the Ava and Mansfield area, but word spread and the choir has a participant from near Cabool and another from north of Hartville. The group’s first practice was in early October. They now practice once a week on Tuesdays.

“I felt like something was missing around the community. Homeschoolers for the most part do really well in finding their curriculum and doing all the extra curriculars. I’m a home schooler myself. While I was in high school, I was very interested in music things, sports things. There just wasn’t anything to do unless I went to Springfield and we just couldn’t afford to do that. And so I definitely wanted to provide a resource for the homeschoolers in the community, to be able to do something that they can’t get on their own. Unless you have a giant family, choir is not something you can really do on your own, so that was one of the main reasons,” she stated.

Fourman was contacted by a church that indicated they had heard she was trying to start a homeschool choir. She talked to the pastor and the Basher Church at the junction of Rt. U and Hwy. 76 East is allowing the choir to practice at the church.

The Foundation Choir’s first actual performance will be Thursday, May 13, at 7 p.m. at the Basher Church. The elementary choir had helped with an outdoor live nativity in December.

Initially Fourman anticipated the choir just being one group, all starting together, but the numbers have grown enough that now there is a first through sixth grade group and a seventh through twelfth grade group. As it continues to grow, Fourman stated that they may even break it up again and have three groups.

Fourman, who serves as choir director, anticipates at the performances the two choirs will also perform a couple of songs together.

“Most of the kids haven’t been in a choir and if they have it’s not a lot of performance experience, so all of them are starting at the beginning. We probably will not have individual performances for a while, but as it grows, definitely,” she stated.

“We are trying to get our footing, and find out what direction we are going musically. This year we are doing a conglomeration of things. This concert is going to have some folk music, some patriotic music, we have two songs in Latin, one for each group, and a couple of sacred songs we will end with. We really want to have a nice Christmas concert this year. But that can be a very diverse music selection for Christmas, lots of foreign language options and classical or current. I like all music so I kind of just mix everything together. At some point we would love to be able to do something special for the veterans. Something patriotic to support our veterans that are in our area, and hopefully if things get back to normal I’d like to take the group to nursing homes and assisted care facilities to sing for them. Those kinds of things,” Fourman indicated.

Fourman does see some potential additions to the choir in the future.

“I would love to see us start an orchestra. Now I don’t know if that will ever happen. Instruments are expensive. An orchestra takes a whole lot of commitment. That will be quite a ways down the road, if it ever happens,” she said.

“I went to college in Cincinnati, Ohio. I’m from this area, between Mansfield and Ava. I graduated with a Bachelor of Arts in what was called integrated studies, when you take two things you’re interested in and in and kind of push them together. One is actually theology and the other is music education. And after I graduated in 2012, I was the choir director at Mt. Zion on Hwy. B for eight years and grew and had a great experience and found myself going in a different direction with my education, focusing on another part of education rather than just music,” Fourman indicated.

“My number one goal, right now, is to be a resource. I have seen music instill confidence in kids that may not have it or help them overcome stage fright, public speaking, making friends. I would say I’m not here to make them all professional musicians. That’s not the point. Music can just bring out so many things in kids, who don’t even realize it is happening. Definitely, the number one goal is to hopefully point back to the creator who gave us the beauty of music. But after that instilling the confidence that they can do anything and that they can do it well,” she added.

Like many other organizations, raising funds has been among the biggest challenges, Fourman stated.

“We are a 501c3, which is great, and we got that back in the summer. So that’s very helpful. But now there are so many organizations in our community, and our community is not huge, and so our goal is never to bleed our community dry, so we’re trying to look for innovative ways to raise our funds. Right now, we really need risers and some choir robes for the elementary students. But the doors are open for all of this to happen and I don’t think it’s going to get shut down by just not having some risers from the very beginning,” she said.

The styles of music the group is working with varies, but she found the older students like sacred songs in a sacred style, and the little kids really love the folk songs they are doing. It’s some stomping and clapping involved, she stated.

Fourman does use foreign language in her instruction. She stated that she probably uses Latin because it is the most well know language to be sung in a public setting, chorally, and also it catches the students’ attention.

“I’m a stickler for diction, and that goes back to the international phonetic alphabet and that’s what singers base how to pronounce things around the world. With the foreign languages I teach them how to pronounce the words first and we don’t ever put anything to music until we have our words pronounced correctly. Then we say the words within the rhythm of a song, and finally we will add the music, and I make sure we have a good translation of what we are saying as well,” she explained.

“For voice lessons I always start with Italian, because Italian is the purest language when it comes to vowel sounds and so that teaches students how to pronounce vowels in English more clearly. They probably get real tired of my harping on diction,” she stated.

“Most choral directors take a long time with warm ups. I do the same thing because we want to treat the vocal folds the way they should be treated. I do a lot of warmups to stretch their ranges. I like my choir to be very versatile. So if a soprano can sing alto when I need her to that’s what needs to happen. I do a lot of exercises which focus on switching from chest voice to head voice. If they can learn how to breathe correctly and drop jaws and sing with pure vowel sounds, whatever genre you choose to sing, with these three things you will be able to sing whatever genre you want and do it well. So it’s more about teaching them strong techniques rather than trying to get them all to sound a certain way. Because not all of them are going to like the same kind of music I do or want to perform the same kind of music that I do, it’s not about making them sound like me. It’s about making them able to do whatever they want and do it the right way,” she said.

Foundation Choir is open to all homeschoolers with no geographical limits.

“If they feel they can make the practices, then we’ll take them. It is not an audition choir, just anybody who is interested,” Fourman stated. 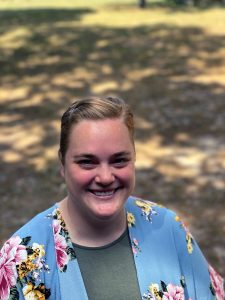 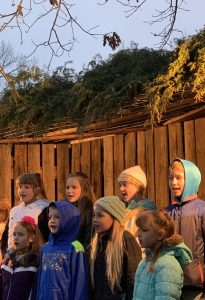 Submitted Photo
Members of the younger group of the Foundation Choir