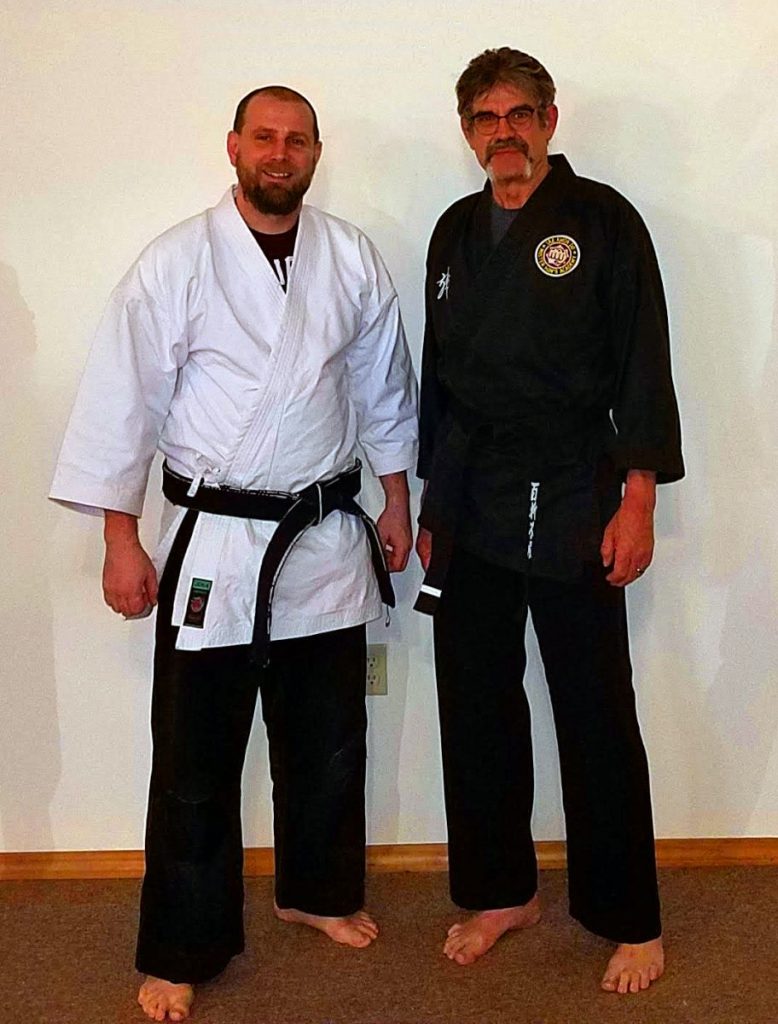 Ava’s most trained and certified martial arts instructor, Jason Jones, was trained by several of the world’s most famous martial arts instructors. He has black belts and instructor certifications in several different martial arts and combat systems. Master Jones has been teaching martial arts for over 20 years now, and in January partnered with Ava’s James Gillard of Ozark’s Self Defense Academy to offer self-defense classes for individuals and families.

Jones relocated to Ava from Las Vegas, Nevada where he was a fighting coach for the Ultimate Fighting Championship, better known as the UFC. His job there was to train MMA fighters to be winners in the cage.

Jones began his martial arts training ‘in the womb’ as he says as his black-belt father trained in Master Cho’s dojo.

Jones is originally from Columbus, OH. His father and later Jason himself trained with Master Kook Cho originally of South Korea in the art ‘Musado’ or “The Way of the Warrior.” Jones says Cho “literally wrote the book’ on self-defense for the Korean Special Forces. Cho learned his art from Huang Kee, Korea’s Second Family and most famous martial artist in South Korea.

Jones started his training at the age of 4. At 7, Grandmaster Cho had Jones train with his father, Cho’s number one student and black belt in Musado. At about that time, Jones started competing in martial arts tournaments and at age 12 began teaching Musado to younger students. At that time he also advanced to the junior pro fighting circuit and at 16 was running his own martial arts studio.

Observing Jones teach, his experience is evident, and it’s not hard to understand why UFC would have appreciated him coaching their fighters. For each student his advice is tailored to match exactly what that particular student needs to help him get to his next level or development. Educators refer to this as ‘the zone of proximal development.’

Jones began fighting professionally at age 16. This took him to martial arts tournaments the world over. In 1992 he earned an alternate place on the US Fighting Team. “This was pre-UFC,” Jones explains, “and the fights were not always run by the most scrupulous promoters. There wasn’t a lot of oversight, and it wasn’t uncommon for the promoters to skip out without paying the fighters.” “These tournament-style contests where winning fighters advance to fight other winning fighters until one was standing, the winner.” “To win in these competitions you would typically fight 3 to 8 times a single night.”

“The UFC started in 1993” Jones explains. “UFC’s innovation was to add a cage that looked cool, but other than that they weren’t very different from other venues. They did pay fighters less, but they were brilliant marketers.”

Jones’s coaching UFC fighters in Las Vegas began in 2006. His teaching style is informal, friendly. He likes to develop relationships with his students and while his students catch their breaths between exercises will sometimes regale them with stories of his glory days. One evening after a class at the OSDA he retold the story of his last fight with Matt “Pretty Boy” Probin to his students. “I had shaved every hair off my body to make weight, and coming down the aisle that night Matt told me after the fight that when he saw me, I (Jones) was laughing.” Jones explained, “I always try to stay relaxed when fighting. I was laughing with my corner about how stupid I looked with no hair on my body! Matt took it differently.”

“Well?” asked one of his students, “Did you win the fight?”

Jones responded: “No. He did. In the second round” he confessed. “There are two versions of the story. The one I remember and one you can see on the tape. What I remember is he had me on my back on the canvas and that last thing I remember is him executing a jumping-spinning-backward-right-handed back-fist to my head. That’s all I remember. What the tape shows is me getting up and fighting for another minute or so. At one point Matt takes a swing. The tape shows me ducking and covering—he completely misses me—but at that point I just stop moving and go down – out cold. They call that a shadow knockout. He went on to win 36 straight fights.”

When asked what brought him to Ava, Jones responded: “The UFC job in Vegas was a dream job for me. It was a lot of fun, but we are country people, and things just got too crazy there, and we sought a place with like-minded people, a small town where we can homestead, grow our own food, raise a family in a wholesome place, and worship God. This area fit the bill.”

When asked what he hopes to accomplish here in Ava with his martial arts he said: “We are about teaching self-protection that helps build character, for kids focus and self-confidence. Kids need to feel confident. There are bullies in life, and it’s important to know you can deal with them if and when needed. This is true even for adults. We adults can get in ruts and start to live in ways where we don’t feel self-confidence. Doing something out of the norm like martial arts can help make people rediscover their confidence and feel good. We all need to keep learning and growing. I teach skills everyone can benefit from. We can all build our self-confidence with the skills I teach.”

You can find Jones teaching kids classes at the Ozark’s Self Defense Academy 3 miles south of Ava on Highway 5 from 5:30 – 6:30 and adults from 6:30 to 8:30 Tuesdays and Thursdays. 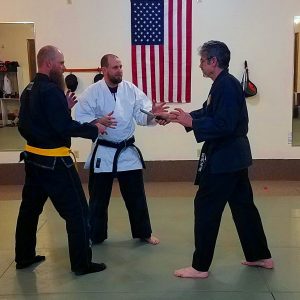 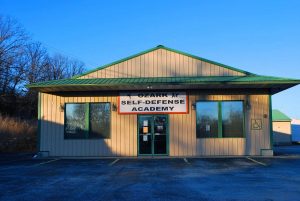 Victor Rockwell
The Ozark Self Defense Academy south of Ava on Highway 5.