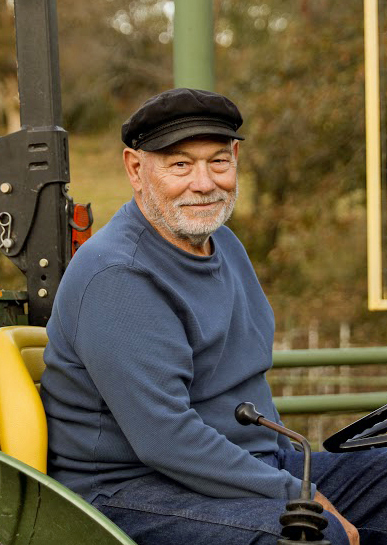 Our family lost a piece of our hearts. At the age of 74 after privately fighting cancer, Mike lost the only fight he’s ever lost. He died peacefully surrounded by people that loved him more than words can explain.

Mike was born to Dewey and Christine Grigg in Corpus Christi, Texas, and the family moved to Missouri while he was in high school. He answered the call to serve his country in the Army during the Vietnam War by working with special weapons in Germany.  After returning, he worked in construction as a brick-layer, did some logging, and worked at Rawlings.  Primarily, he was a heavy equipment operator and was known to many as “Bear” at the quarry.  Mike was an exceptionally hard worker and often worked two jobs at a time and had his own farm for most of his life to provide for the family that he loved so much.  Mike found joy in the little moments like simple conversations and taking the time to stargaze with the kids. He gave valentines to his girls every single year, even when they were well into adulthood, and extended that to succeeding generations as they came along.  He also enjoyed woodworking and leaves behind projects that his family cherishes.  As he grew older, he enjoyed doing archery and working on projects with Wade and watching the great-grandchildren play and grow.  In the last few months, Mike spent most of his free time cutting out quilt blocks with June to make family quilts and said he wished he had known earlier how much fun it was.  He was very supportive of his children and grandchildren and found it especially rewarding to see them achieve their goals in life.  Family meant everything to him.

Mike was preceded in death by his parents, a beloved grandson Dalton “Cub” Bristol, brothers Charles Fulton and Wayne Grigg, and a cousin that he considered a sister, Martha Tittle.

He is survived by the love of his life June, his daughters and their husbands Michelle and Jeff Bristol and Kim and Tom Woods, his grandson and best friend Wade Grigg and his wife Brittney, two incredible great-grandchildren Brooklyn and Emmett that were the light of his life, a special cousin Jimmy Huff, his sister Suzanne Clark, and a host of other relatives.

There aren’t really words for the heartache the family feels, but we are very thankful for the kindness and love our friends and family have shown our family during the most difficult time of our life.  A private memorial service will be conducted for the immediate family at a later date. Memorials may be made to Ava Schools for the backpack program to benefit young students.

Online condolences may be made to www.clinkingbeardfuneralhome.com