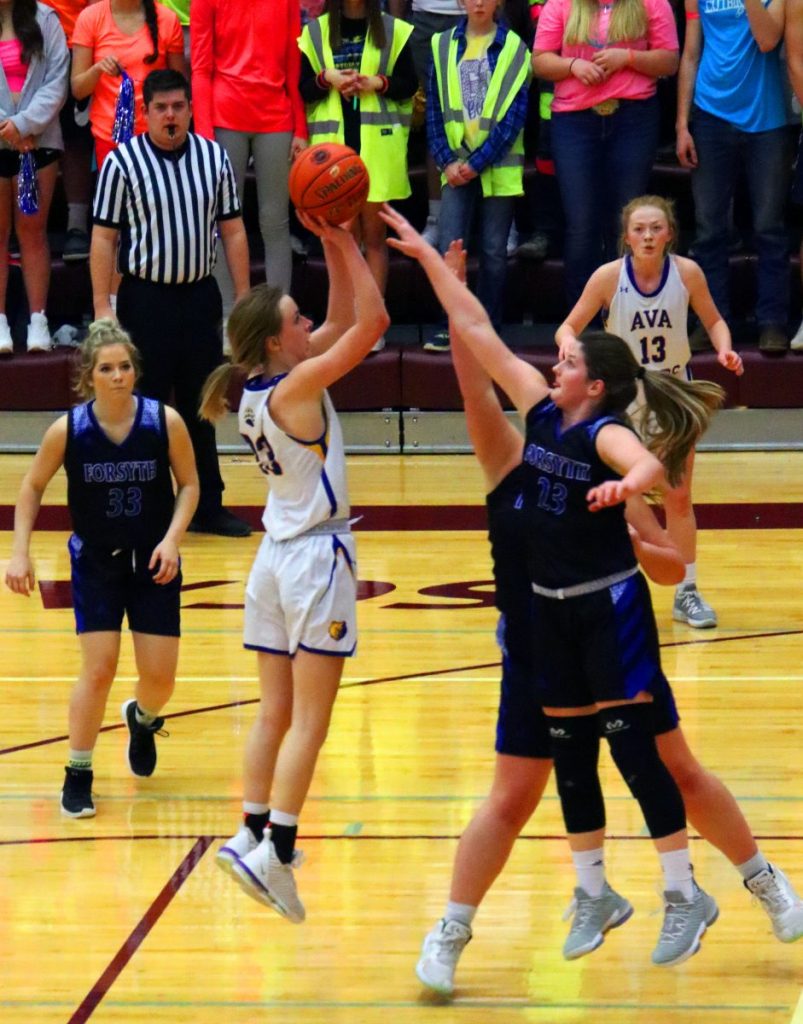 The Ava Lady Bears captured the Class 4 District 11 tournament championship with a 55-47 win over Forsyth. The Lady Bears will face the Mt. Vernon Lady Mountaineers in play on Wednesday, March 10, at 6 p.m. at Ava High School in the sectional round of the Missouri Class 4 tournament. Ava comes into the Wednesday evening game with a 21-5 season record. Mt. Vernon brings a record of 25-3 into the game.

Ava (fourth seed) had to go through two higher tournament seeds to take the district championship. Along with defeating number two seed Forsyth in the championship game, earlier in the week they topped number one seed Hollister.

The Lady Bears trailed in the district championship game, 42-39, with just over two minutes remaining in the game. After Celia Fossett put in a free throw, Olivia Gastineau would sink a two-point shot to give Ava the lead. The Lady Bears held the lead for the remainder of the game with some clutch free throw shooting. Ava would score their last 11 points from the charity stripe. Hannah Evans would start the free throw run when she was fouled on a successful three-point shot and sank the free throw. She would score four more from the free throw line and Olivia Gastineau would add six. The Lady Panthers had pulled within two with 50 seconds remaining in the game, but Ava used the strong free throw shooting to seal the win.

Ava took an early lead in the game and led after one quarter of play, 12-10.

After Forsyth scored the first basket of the second quarter to tie the game, Olivia Gastineau connected on two three pointers to put the Lady Bears back on top. Ava would stretch out its lead to 22-12, before Forsyth would put in a three-pointer. The Lady Bears would go into the locker room at halftime with a 23-17 lead.

The Lady Panthers would come out in the second half and score the first six points to tie the game. The Bears responded with four points to retake the lead. Two scores later, Forsyth had again tied the game with 3:39 remaining in the quarter. Forsyth would finish out the quarter with a 34-30 lead.

Forsyth would take a seven point lead twice in the early minutes of the final quarter. Ava started chipping away at the lead before taking the lead for good.

In the second round of the tournament, the Lady Bears defeated the number one seed Hollister Lady Tigers, 51-44.

Hollister had opened the game taking a 21-10 first quarter lead.

Doug Berger/Herald
Sara Mendel lays in a shot against Hollister in the second round of the district tournament. 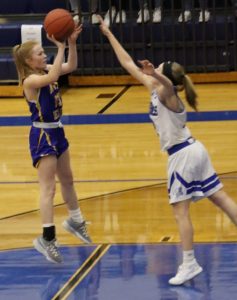 Doug Berger/Herald
Lexie Gastineau puts up a shot against Hollister. 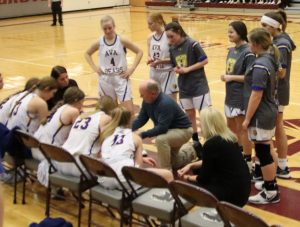 Doug Berger/Herald
Olivia Gastineau lays in a shot against Forsyth in the district championship. 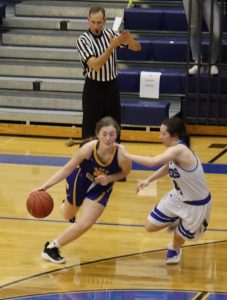