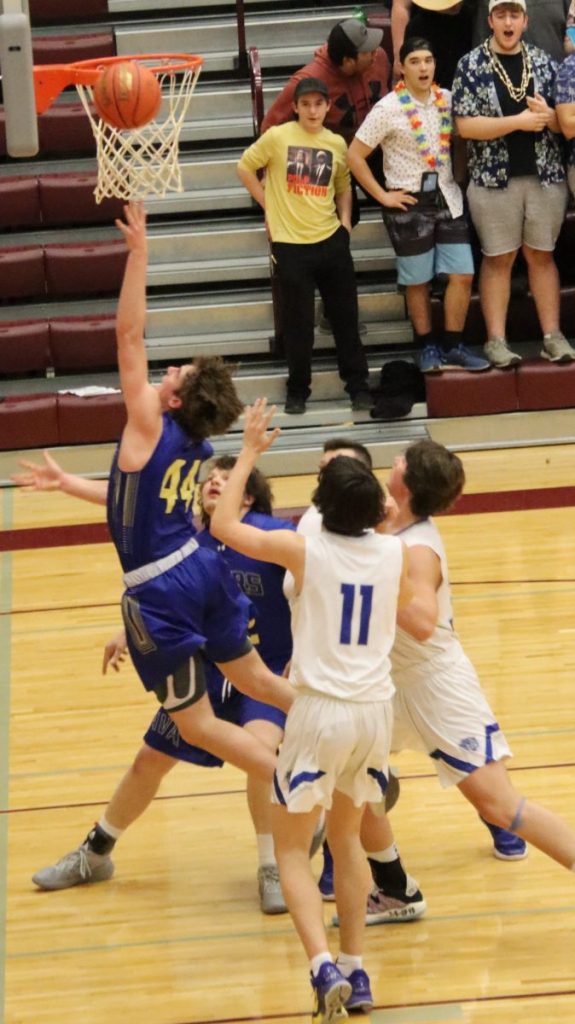 The Ava Bears captured the Class 4 District 11 championship with a 63-56 win over number one seed Hollister last Friday at the Mountain Grove High School arena. The Bears will now advance to sectionals of the Missouri State Class 4 basketball tournament. They faced East Newton on Tuesday evening.

The Bears came out strong in the district tournament championship and took an 18-10 first quarter lead. Ava would hold the lead through the remainder of the game, but Hollister would make several runs at the Bears. Midway through the second quarter Hollister had cut the Ava lead to three. The Bears would respond with a six point scoring run and finished out the half with a 35-27 lead.

Hollister opened the second half with five points, again cutting the Bears lead to three. Ava would again respond and hold the Tigers to just two points for the remainder of the quarter and were up by 10 going into the final quarter.

With just over five minutes remaining in the game, the Tigers had pulled within four. The Bears scored the next seven points to take a 52-41 lead. Hollister could pull no closer than seven for the remainder of the game.

The Bears had moved into the championship with a second round win over Willow Springs, 66-50.

Midway through the first quarter Willow Springs had a 14-9 lead. Ava would score the next eight points, and held a 20-17 lead after one quarter of play.

Ava used a strong defensive effort in the second quarter to stretch out their lead, holding the Bears from Howell County, to just three points. Ava would put another 12 points on the scoreboard in the quarter.

Willow Springs was able to pull within nine twice in the third quarter, but the Bears were able to take a 12 point lead into the fourth quarter and never let Willow Springs pull any closer than ten in the quarter. Ava scored their last 12 points of the game from the free throw line. 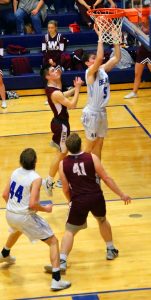 Doug Berger/Herald
Mason Cole lays in a shot against Willow Springs in the second round of the district tournament. 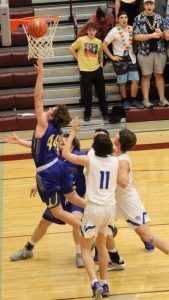 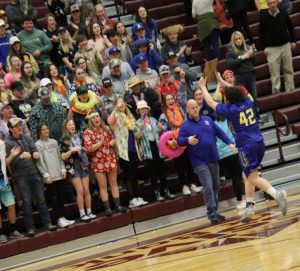