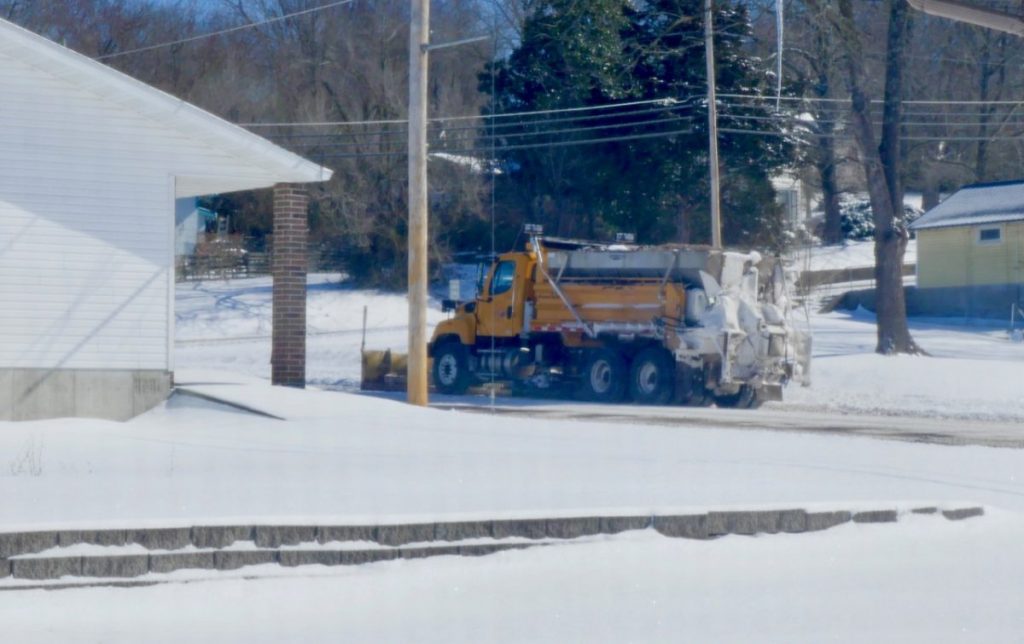 It had been a while since Douglas County road crews had to tackle a significant level of snowfall.

During the recent snowfall road crews were challenged by the unusual cold as much as the snowfall, Douglas County Presiding Commissioner Lance Stillings stated. He said crews had to deal with getting equipment running in the extreme cold temperatures. He added this problem also affected the speed of the crews in completing the grading process.

The county graded between 600 and 700 miles of road, using 11 graders, Stillings stated. Road crews worked on the snow removal for five days and the effort did involve overtime hours, Stillings said.

“We attempt to initially address high traffic areas and locations where people need to get out for medical reasons,” said Stillings.

Stillings also pointed out that since it had been a long time since the county dealt with this amount of snowfall that many of the grader operators had never cleared roads of snow previously.