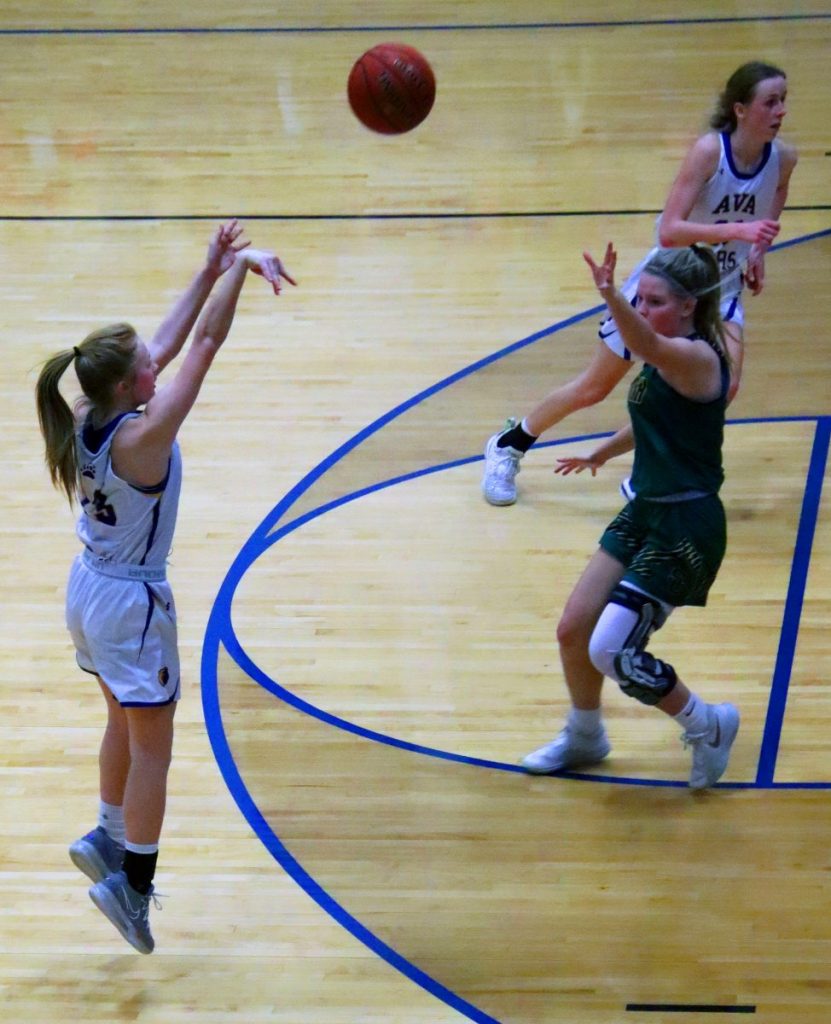 Doug Berger/Herald Lexie Gastineau puts up a shot from three-point range in the first round of district play.

The Ava Lady Bears took a district tournament opening round win over Springfield Catholic, 51-48, on Saturday afternoon. The Lady Bears will now face number one seed Hollister Lady Tigers in the second round on Tuesday, March 2, at 6 p.m. at Hollister.

Ava had to come from behind after trailing Springfield 15-9 at the end of the first quarter.

The Lady Bears scored the first six points in the second quarter to tie the game with 6:17 remaining in the half. The Lady Irish went back on top, 17-15, but Sara Mendel put in a shot to again tie the game. Ava would follow up with the next eight points to take a nine point lead. The teams would trade baskets for the remainder of the quarter with the Lady Bears finishing the first half with an eight point lead.

Ava would come out in the third quarter and stretch their lead out to 16 with the first eight points of the second half. The Lady Bears held a 45-33 lead going into the final quarter.

Springfield’s press and some Ava difficulty at the free throw line started to let the Lady Irish come back into the game. With 2:05 remaining in the game Ava still held a six point lead, 49-43. Springfield would pull within two with 1:26 still on the scoreboard. Olivia Gastineau would sink two free throws to give the Lady Bears a four point lead. Gastineau scored five of Ava’s six points in the final quarter. With 36.2 seconds remaining on the clock, the Lady Irish pulled within three. Springfield had possession of the ball with 21 seconds left. A three point shot in the final seconds failed to find the net, and Ava pulled down the rebound to hang on for the win. 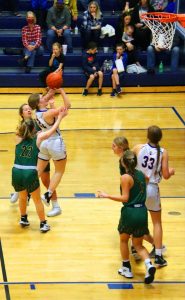 Doug Berger/Herald
Hannah Evans lifts a shot over Springfield defenders in the first round of the district tournament.