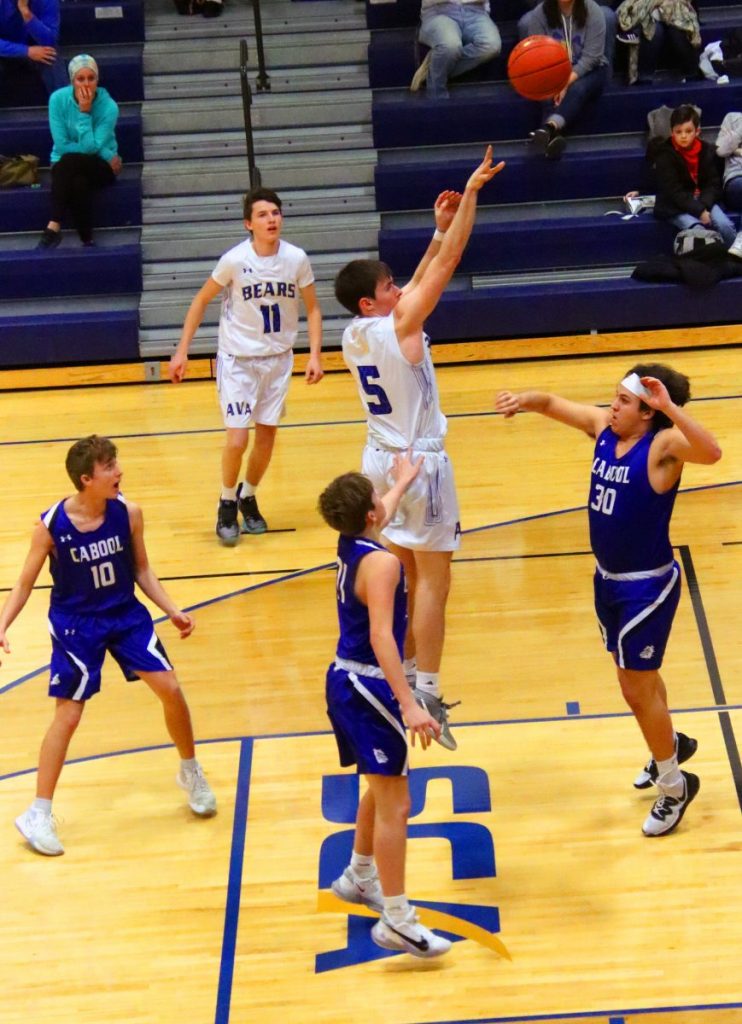 Doug Berger/Herald Mason Cole lifts a shot from the lane in the game Friday with Cabool.

The Ava Bears improved their season record to 20-5 with South Central Association Conference wins over Cabool and Salem. The Bears finish out the conference season with a 4-3 record.

Eleven Bears put points on the scoreboard in a 54-28 conference win Friday over Cabool.

Both teams had trouble scoring in the first quarter. Quinton Donley scored nine of his 12 points in the game from three-point range. Mason Cole scored the only other points in the quarter for the Bears when he put in a two-pointer. Ava held an 11-4 lead at the end of the quarter.

Ava scored another 11 points in the second quarter, and again held Cabool to four points, to take a 22-8 lead into the locker room at halftime. In the quarter, nine of the Bears 11 points came from the free throw line.

The third quarter saw Ava outscoring Cabool, 16-8, with 12 of the points coming from three point range. The Ava bench kept the offense moving in the final quarter with the Bears again putting 16 points on the scoreboard while holding Cabool to 12.

Again Ava had a strong first quarter defensive showing holding Salem to two points. The Bears put 19 points on the scoreboard in the quarter. Ava outscored the Tigers 20-13 in the second quarter to continue to increase their lead, finishing out the half on top, 39-15.

The Bears held Salem to another 13 points in the third quarter and scored 19 of their own.

Ava picked up the second seed in the Class 4, District 11, tournament. The Bears will open play at home on March 3 at 6 p.m. against the winner of the Willow Springs (3) and Forsyth (6) game which will be played on March 1. 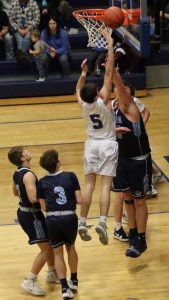 Doug Berger/Herald
Mason Cole lays the ball up against the glass in a conference matchup with Salem. 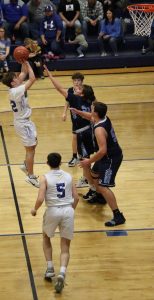 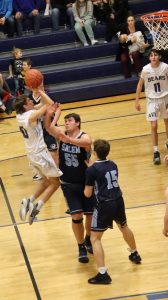 Doug Berger/Herald
Payton Evans penetrates into the lane to put up a shot against Salem.