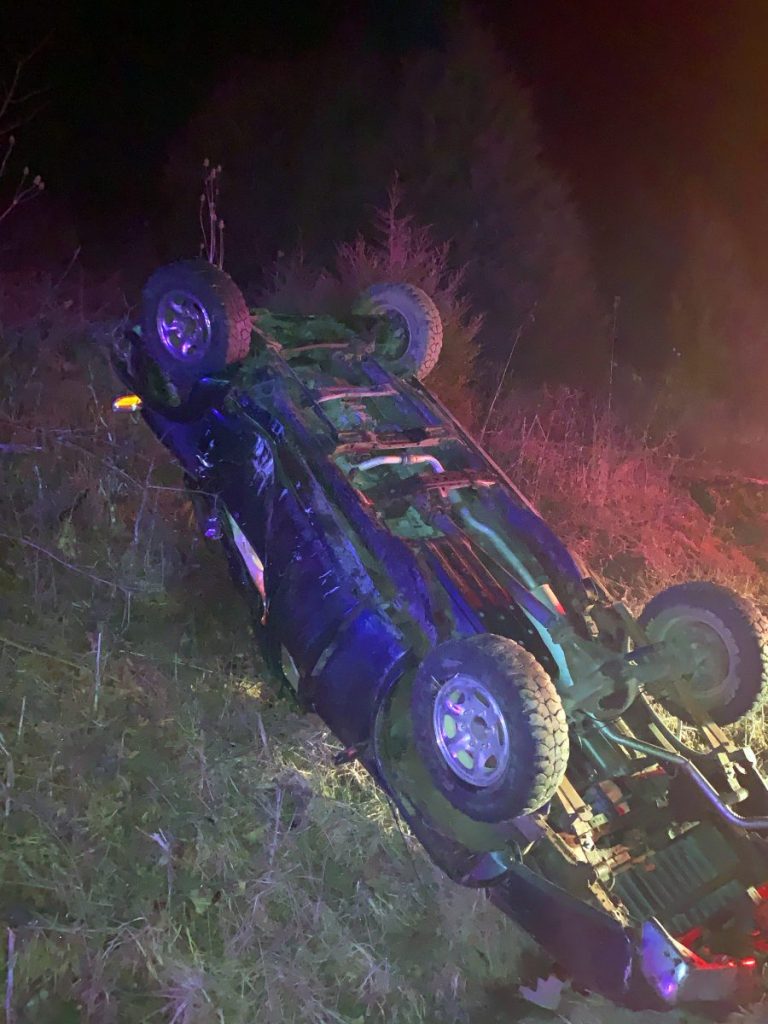 The first crash occurred at 4:00 A.M. on February 22 on Highway 5, six miles south of Mansfield.. Jonah Smith, 21, of Ava was driving his 1999 Nissan Frontier when the vehicle lost traction, traveled off the roadway, stuck an embankment, and overturned.

Smith was transported by Douglas County Ambulance to Cox South, suffering from moderate injuries. Smith was not wearing a safety device.

The second accident occurred at 7:45 A.M. the same day, on Highway 5 less than a mile south of Ava.

Luna and his passenger, who both were wearing a seatbelt, sought their own medical treatment. Pralle, who also wore a seatbelt, suffered moderate injuries and was transported by Douglas County Ambulance to Cox South. 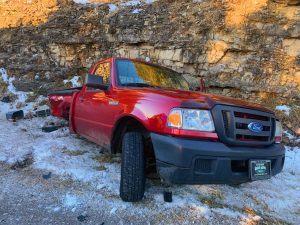 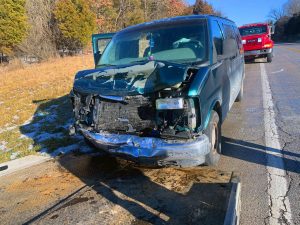 (Top) The 1999 Nissan Frontier owned by Jonah Smith of Ava lies alongside Highway 5. (Middle) The 2006 Ford Ranger owned by William Pralle of Bull Shoals, AR came to rest along side Highway 5 south of Ava after striking (bottom) the 1996 Chevy Van of Sergio Luna of Kansas City, KS.