All in all, Sheriff Chris Degase feels the meeting was very productive and everyone in attendance had an opportunity to express their concerns over different bills and the impact it would have on rural law enforcement.

Senator Eslinger also participated in multiple scenarios on the firearm simulator regarding shoot don’t shoot situations.  Senator Eslinger will now be able to go back to Jefferson City with first-hand knowledge, of the decision law enforcement must make in a split second, and relay this information to other Senators and Representatives when the need arises.

Below is a list of Law Enforcement representatives that attended the meeting: 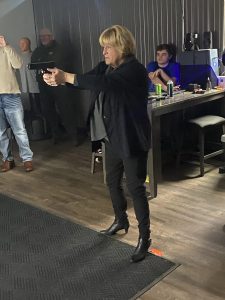 Senator Eslinger works through scenarios on the firearm simulator. 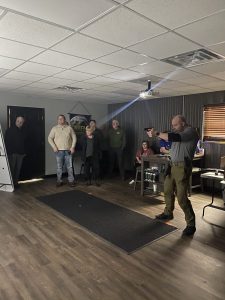 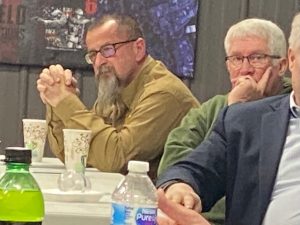 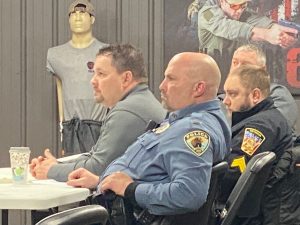