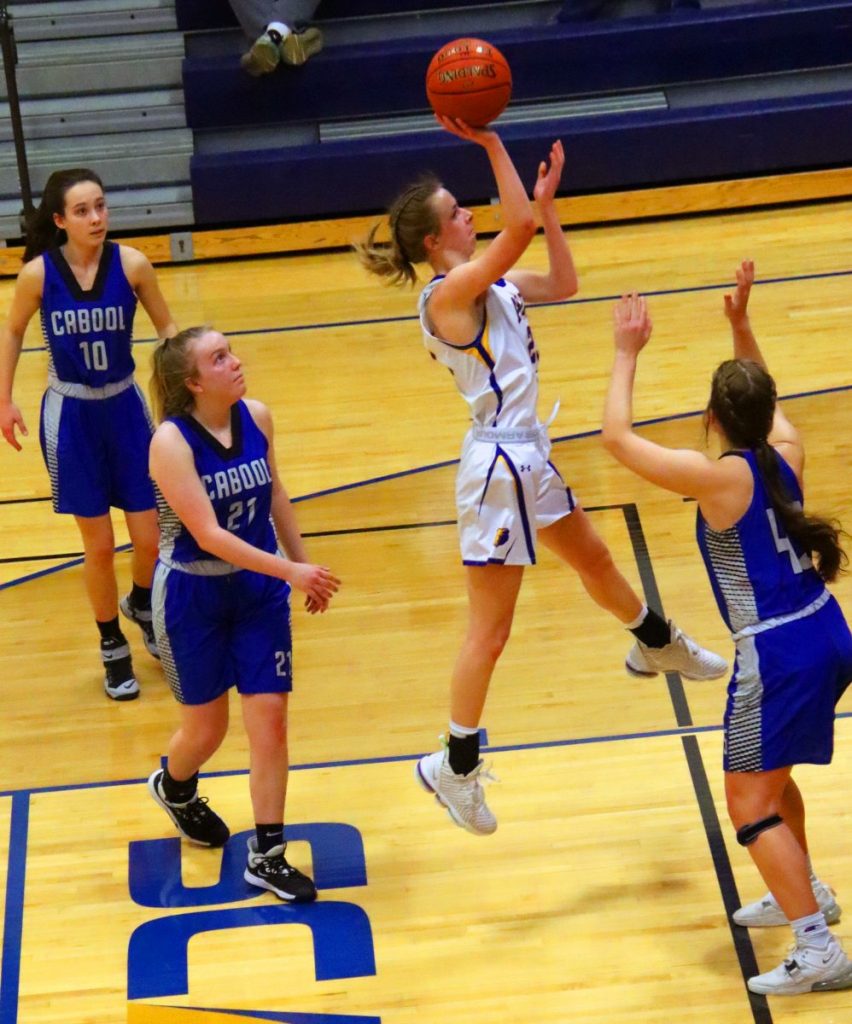 Doug Berger/Herald Hannah Evans breaks through the Cabool defense to put up two of her 22 points in the game.

The Ava Lady Bears picked up two conference wins in play Friday with Cabool and Salem on Monday. With the win over Salem, the Lady Bears now have a 17-5 season record, and finished the South Central Association Conference with a 6-1 record.

The Lady Bears took a 48-36 win from Cabool in a game played Friday afternoon.

The Lady Bears held the lead from early in the second quarter, but could not pull away until the final quarter.

Ava scored the first five points of the game, but Cabool came back with two three-pointers and a two to go up, 8-5. Ava scored a quick six points to retake the lead. The game was tied with just over two minutes remaining in the first quarter. Hannah Evans would sink her second three-pointer of the quarter to put the Lady Bears on top 14-11. The Lady Bulldogs would score two more in the quarter to pull within one going into the second quarter.

Cabool scored the first three of the second quarter to go up 16-14. That would be the last time they held the lead in the game. Ava tied it up with 3:14 remaining in the half, and would go on top when Sara Mendel put in a two-pointer. Cabool would come back to tie it on their next possession. Two points from Evans put the Lady Bears up for good, but Cabool stayed within striking distance until early in the fourth quarter. The Lady Bears went into halftime with a 24-21 lead.

Cabool was still within three midway through the third quarter, and trailed 37-33 at the end of the quarter.

Ava started to stretch out their lead in the final quarter, scoring nine unanswered points. With 1:51 remaining in the game Ava held a 46-35 lead.

The Lady Bears had little trouble with the Salem Lady Tigers in the last conference game of the season taking a 72-43 win at home.

The teams traded two scores to open the game, but the Lady Bears would go on a 17 point run to close out the first quarter with a 21-5 lead.

The Lady Bears were able to expand their halftime lead, going up 41-21. Ava kept up the scoring, putting up the first 11 points of the quarter. They would finish out the quarter with a 31 point lead, 64-38.

Mendel led the Ava scoring with 24. Olivia Gastineau was also in double figures with 22, and Evans had 15. Fossett added nine and Alexander, two.

The Lady Bears are seeded fourth in the Class 4, District 11 tournament.

Ava will face Springfield Catholic (5) in the first round of the tournament on Saturday, Feb. 27, at 3 p.m. at Ava High School.

With a win the Lady Bears would face number one seed Hollister at 6 p.m. on March 2 at Hollister High School.

Willow Springs (2) will face Mountain Grove (7), and Forsyth (3) will face Liberty (6) in the other first round games on February 27. The winners of those games will face off on March 2 at 6 p.m.

The tournament championship will be played on Thursday, March 4, at 6 p.m. at the Mountain Grove High School arena. 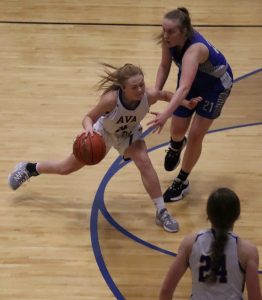 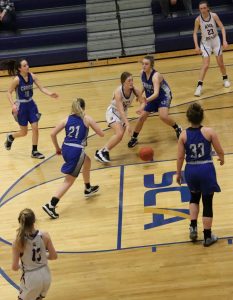 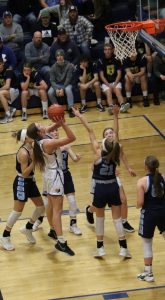 Doug Berger/Herald
Celia Fossett shoots over a Cabool defender in the Lady Bears win over the Lady Bulldogs.

Doug Berger/Herald
Ava Lady Bear Celia Fossett lays in a shot in the final conference game with Salem on Monday.