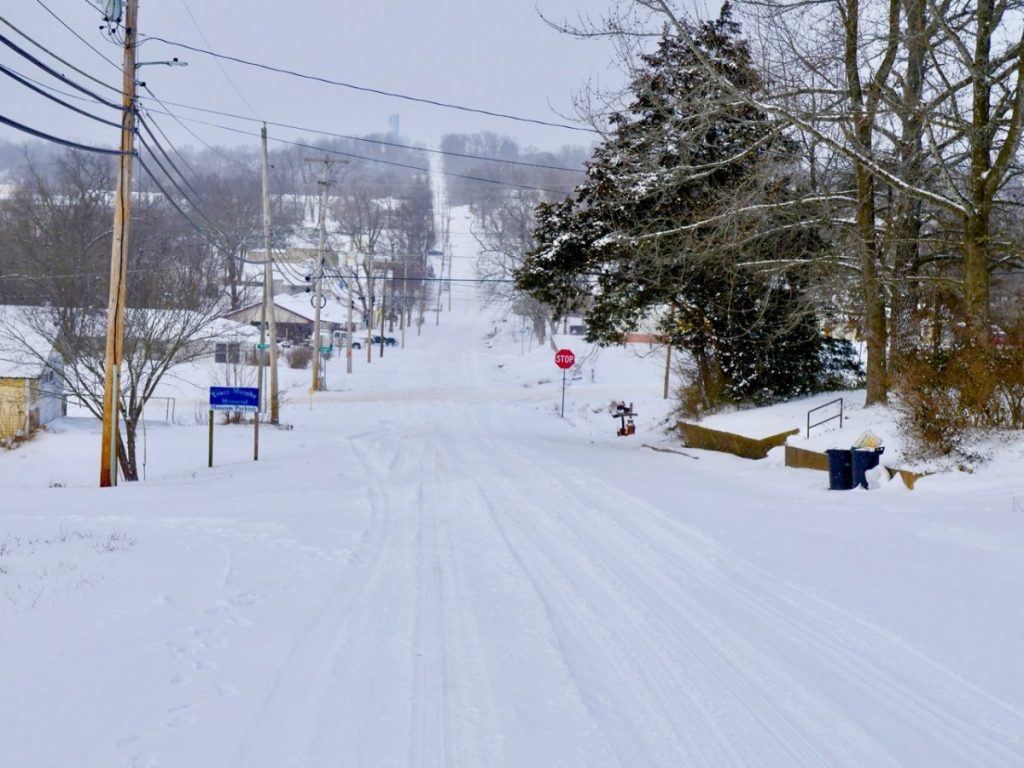 The snow came – with so much drifting total snowfall is tough to count but let’s call it 4-6” as of Tuesday afternoon.

The snow accumulated on top of a still-frozen layer of ice Ava received last week.

And yes, baby, it is cold outside.

BillysWeather.com shows low temperatures of up to -15 degrees Monday night into Tuesday morning.

According to KY3.com, Springfield set a new record overnight low of -13 degrees. The old record was -5 set in 1905.

Together, the snow, ice, and cold have severely impacted Ava and the surrounding areas.

The Ava R-1 Schools closed on Monday, February 8th and remained closed as of press time on Wednesday, February 17th.

White River Valley Electric Cooperative and most other providers of electricity and natural gas have issued Peak Alerts, asking customers to reduce their usages during extreme weather conditions.

Freezing temperatures are expected to continue until Friday.

In the Springfield area some residents experienced “rolling electricity blackouts” on Tuesday morning. While those orders were stopped by mid-morning on Tuesday, it didn’t stop Ava folks from wondering if the city was in for the same.

“I haven’t gotten any notifications,” said Ava Mayor Burrely Loftin. “I think we’ll be ok. Emerson is closed and the schools are closed so that’s a large savings right there.”

With more severe weather coming, however, some utilities are saying the threat isn’t yet over.

Both Loftin and a White River spokesperson said if rolling blackouts did become necessary for Ava, residents would be given notice to allow them to prepare.

Natural Gas Providers like Summit gas are reporting lower production numbers due to natural gas wells freezing up. Some reports put volumes down as much as 30%.

“We are currently experiencing an unprecedented weather event that is impacting gas and electric customers across the Midwest,” said Phil Marcum, Senior Manager of Business Development. “Our team has been working around the clock over the weekend to meet customer demand but, due to upstream supply constraints beyond our control, we have begun limiting gas to some interruptible industrial customers. In addition, we are asking our customers and community members to work together by conserving their energy usage for the next few days, if they are safely able to do so.”

“We made 180 runs in three days, and 365 runs from last Monday to this past Sunday,” said Cash’s Cody Heriford. “There have only been a couple we couldn’t get to. We couldn’t do it without the help of the city, county, and state road maintenance crews.” Heriford also said they partner with Miller Lawn Care locally to plow snow from around tanks they are otherwise unable to get to. “It’s all just part of running a propane business in the winter,” he said.

“Since Friday we’ve had 32 calls, including a couple of weather-related accidents,” Degase said. “We’ve had three house fires and one of them was a total loss.” Degase said the fires were still being investigated so it’s unknown if they were caused by people using alternate heating sources to stay warm.

Seniors Being Tended To

“We are calling people to check in with them. We also  video chat with a few who are up in that,” a representative said. “SeniorAge also  sent out shelf stable meals several weeks ago to be prepared.”

Despite the cold and snow, local volunteer fire departments continue to respond to calls.

“Crews also battled a structure fire for several hours last night in the bitter cold,” reported the Goodhope Fire Department via their Facebook page. “Be careful, keep a watchful eye on those heating sources and stay warm!”

Reduce Your Energy Use:

Turn down thermostats as low as you can tolerate.

Don’t turn your thermostat up too high, too fast.

Make sure your registers are unblocked so warm air can flow freely.

Turn off and unplug all electronics when not in use.

Open the curtains on your south-facing windows during the day and let the sun help heat your home.

Turn down the temperature of your water heater to the warm setting (120°F).

Minimize use of major appliances. 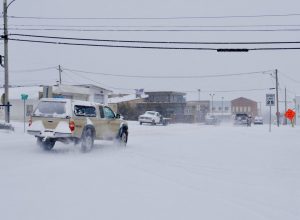 Michael Boyink/Herald
What traffic was out on Monday looked to be mostly of the four wheel drive variety. 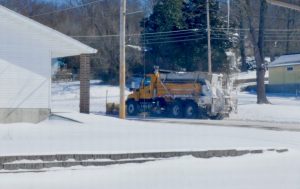