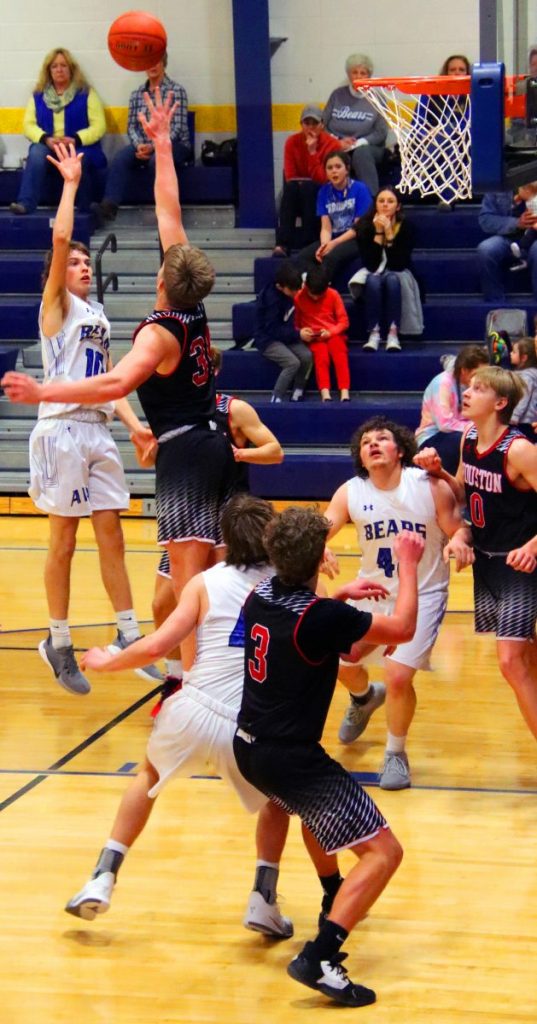 The Bears defeated Houston, 66-41, in a game rescheduled to Saturday.

The second quarter saw Mason Cole put the first 10 points on the scoreboard for the Bears, and give Ava a 31-18 lead. The Bears saw some foul trouble in the second period with Blayne Mendel picking up his second foul and Bryse Dodson his third. Ava went into halftime with a 37-26 lead.

The third quarter saw Cole again open the scoring for the Bears with six of his 20 points in the game. Neither team could generate much offense in the quarter with Ava outscoring Houston, 10-6.

The Bears came back with 19 points in the fourth quarter, while holding the Tigers to seven. Andrew Dalton scored 10 of his 18 points in the quarter.

Along with Cole and Dalton, Quinton Donley was also in double figures with 11. Mendel added six; Dodson and Ethan Donley, four; and Ashton Stout, three.

The Bears dropped their contest with Thayer, 54-49. Thayer was ranked number four in the Missouri Basketball Coaches Association poll for class three, with Hartville holding the top ranking. The Bears held a number 10 ranking in class four for the February 2 poll.

The Bears will host Cabool on Friday, Feb. 19, and Salem for the final regular season game on Monday, Feb. 22. The game with Salem was rescheduled after having been canceled on February 16 because of inclement weather. Only the varsity will play against Salem.

The Lady Bears varsity will open play on February 22 at 5 p.m. against Salem for their final regular season game. The Lady Bears game with Salem had been scheduled for February 15, but had also been canceled because of the weather. 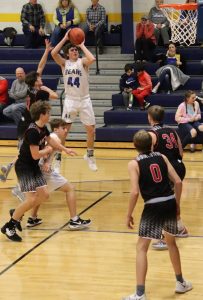 Doug Berger/Herald
Andrew Dalton connects on a shot against Houston. 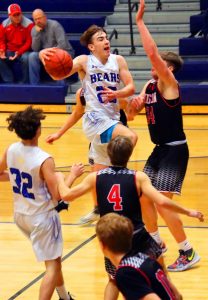