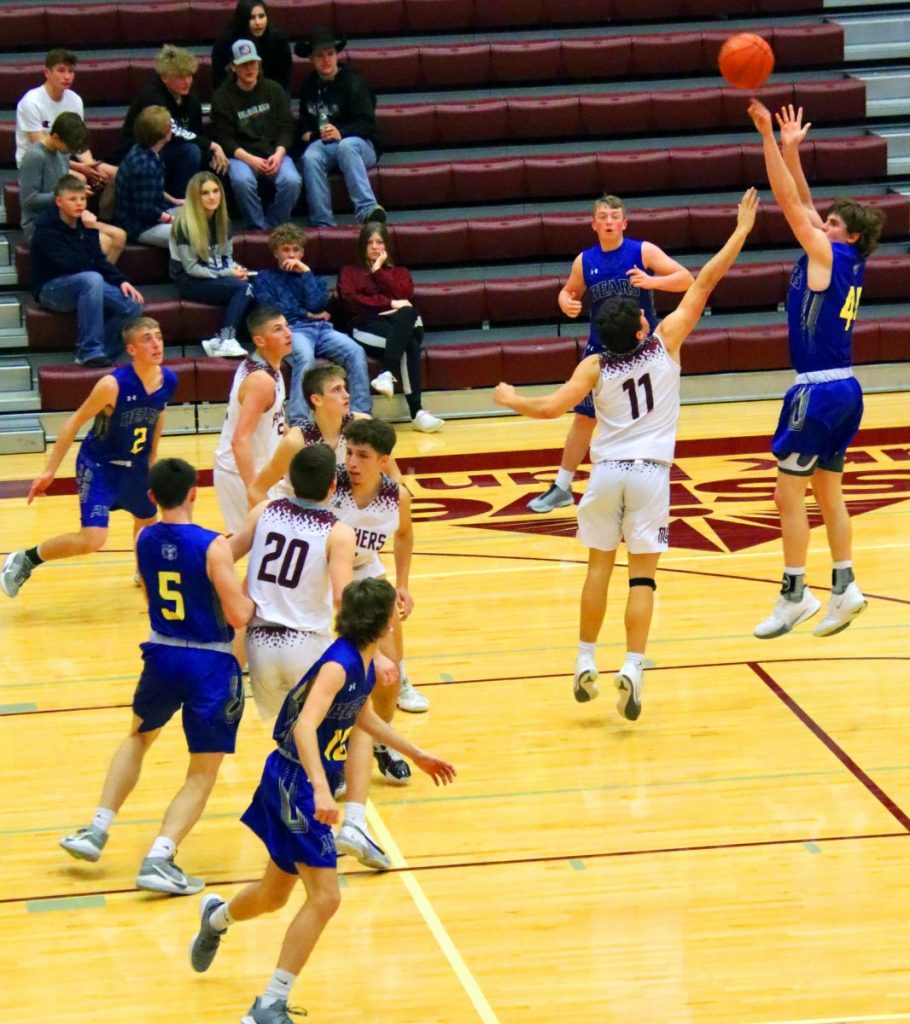 The Ava Bears took a 63-57 win at Willow Springs on Friday, but had fallen to Mountain Grove in a game earlier in the week.

In the February 2 Missouri Basketball Coaches Association poll the Bears were ranked number 10 in class 4. The top spot went to Vashon. South Central Association team Thayer picked up a number four ranking in class 3 with Hartville taking the top spot in that classs.

Ava had three players in double figures in the win over Willow Springs Friday night. Andrew Dalton led the scoring with 28. Mason Cole had 12 and Quinton Donley, 11.

The Bears went out to a 12-5 first quarter lead and were up 32-23 at halftime. Ava outscored the Willow Springs Bears, 11-9, in the third quarter to continue to stretch out the lead. In a high scoring final quarter, Ava was outscored, 25-20, but held on for the win. Dalton scored 10 of his 28 points from the free throw line during the final quarter.

Dalton also pulled down 13 rebounds in the effort and Blayne Mendel would contribute 11 assists along with two points. Ethan Donley and Payton Evans each put five points on the scoreboard.

The Bears had fallen to Mountain Grove in a regular conference matchup, 67-52.

Mountain Grove came out in the second half and tied the game at 34 with 3:36 remaining in the third quarter. The Panthers would take the lead on a three-point shot. Dalton and Mendel would sink shots from the field to again tie the game with 1:01 remaining in the period. The Bears would go back on top, 40-39, going into the final quarter of play.

Mountain Grove came out in the fourth quarter and scored the first five points to take a four point lead. The Bears were never able to come back from the deficit. Mountain Grove would later go on a 12 point run to go up 59-43. The Bears would connect from three-point range three more times in the game, but could not overcome the Mountain Grove lead.

Dalton led the scoring for the Panthers with 21. Mendel had 14; Ethan Donley, 10; and Quinton Donley, seven.

The Bears will host Houston on Friday and Salem on Tuesday.