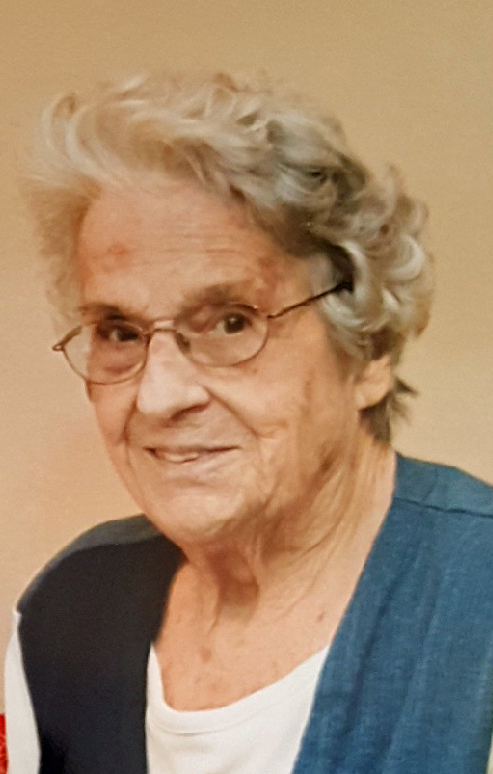 Dorothea, the daughter of Ernie and Elizabeth Dowling, was born December 8, 1927 in Lawrence, Massachusetts and passed Tuesday, February 2, 2021 at Southview Assisted Living and Memory Care in St. Louis, Missouri.

Dot grew up and went school in Methuen (Boston), Massachusetts with her two sisters Peggy and Jane, and two brothers, Ernie and William. Dot served in the U.S. Navy from November 3, 1950 to October 22, 1953 as a Registered Nurse at the U. S. Naval Hospital in St. Albans, NY later transferring to Camp Pendleton, California where she met her husband, Captain William J. Humphries who was station at Camp Pendleton.

She married Bill on May 22, 1954 at St. Mary’s Catholic Church in Lawrence, Massachusetts and moved to Missouri to start her family and continue her Nursing career in Springfield Missouri. She is survived by two sons, John Humphries (St Louis) and Tom Humphries (St. Louis) and a daughter Sharon Fry (Highlandville) and three grandchildren, Jamie and Sam Humphries and Josh Fry.

Dot’s nursing career included time at St. John’s (Mercy) Hospital and the U S Medical Center for Federal Prisoners where she retired as a Psychiatric Nurse. Dot was the first female employee hired at the Medical Center.

When Dot retired from the Medical Center, the family had moved to Ava, Missouri where they owned a farm raising cattle. Before Dot got settled in retirement, Ava School District hired her as a School Nurse where she later retired from the school district and lived in Ava until Bill’s death in 2013.

Dot moved to St Louis to be closer to her sons where she lived in a Senior Independent Living Community for 7 years where she shared all her stories with everyone she met. Dot loved animals and raised Poodles and German Shepherds over the years. Dot later moved to Southview when her dementia required more care. Dot never lost her long-term memories and told everyone who would listen about her experiences as a Nurse.

Private Family Graveside Services with full Military Honors will be Friday, February 5th, 2021 at 2:00 p.m. at the Missouri Veterans Cemetery, 5201 South Southwood, Springfield, MO. Services are being conducted by Clinkingbeard Funeral Home, Ava, MO. Due to the spread of Covid 19 masks are required at the cemetery. In lieu of flowers, the family asks that donations be sent to St. Jude Children’s Research Hospital. Online condolences may be made to www.clinkingbeardfuneralhome.com.