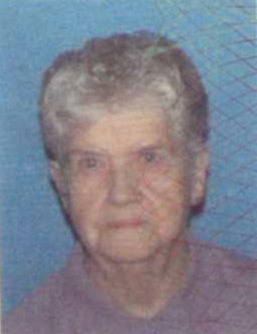 Erma was born April 15, 1929 in Jefferson, Mo to Jessie and Josie (Walker) McKinney.

Erma and Truman John Loesh were united in marriage on August 9, 1948 in Cole Co. Missouri and to this union they were blessed with two children.

Erma was a Housewife living in Pleasant Valley,( North Kansas City) for many years while her husband Truman worked for General Motors, upon retirement they moved to Ava in 1986.

Erma enjoyed reading books, watching TV games, camping with the family, and visiting with her grandchildren, and country and western shows.

Erma was preceded in death by her parents, her husband Truman, three granddaughters, Andrea, Amber, and Mandi, and a son-n-law John Riggs, Jr. and several brothers and sisters.

Erma is survived by her daughter Carol Riggs of Ava, Mo, daughter Sharon Loesch and friend Dean Williams of Branson, grandchildren Tabetha, Vanessa, Storm, Michele, and Gary. She is also survived by her sister Doris Moore and her husband Dean Jones and a brother Billy McKinney of Florida, along with several great grandchildren.