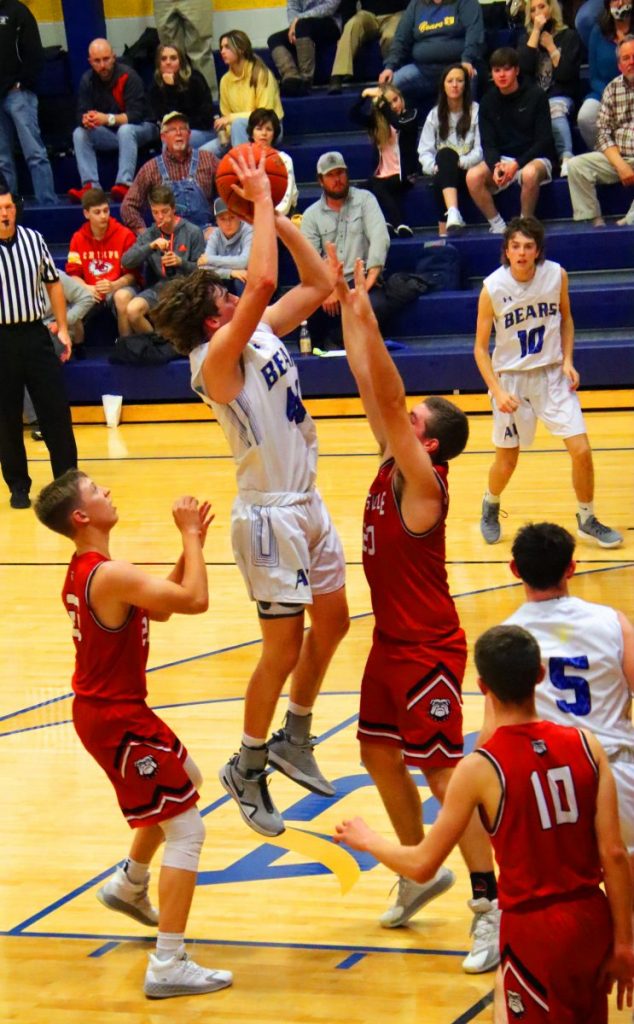 The Ava Bears basketball squad improved their record to 7-1 with a ten point win over Gainesville in a non-conference contest.

Gainesville came out in the first quarter and opened the game with a three-pointer from freshman Easton McGee. Ava’s Payton Evans and Mason Cole each responded with a basket to give the Bears, a 4-3 lead. The Bulldogs scored the next seven points, and took a 10-6 lead into the second quarter.

The Bears opened the second quarter with the first five points to take the lead. The teams would trade the lead throughout the quarter. Gainesville would go on a five-point run late in the quarter. Ava would score the final two points of the quarter, but the Bulldogs went into halftime with a 24-21 edge.

Midway through the third quarter, Gainesville had stretched out their lead to six points. The Bears were able to fight their way back and used an eight point run to take a 36-33 lead. A Bulldog three-point shot tied the game. Andrew Dalton would put in the final two points of the quarter to give the Bears the lead back.

The final quarter was a low scoring quarter with the Ava defense holding Gainesville to just four points. The Bulldogs four points tied the game at 40, but the Bears scored the final 10 points of the game to pull away for the win.

Dalton led the scoring for the Bears with 17. Cole had 11; Evans, Blayne Mendel and Quinton Donley, six; and Bryse Dodson and Ethan Donley, two.

The Bears will host Mansfield on January 5 and travel to Hollister on January 8. 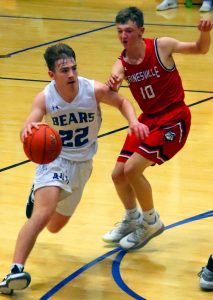 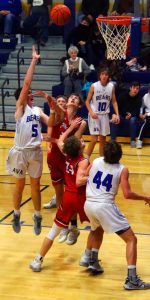 Doug Berger/Herald
Mason Cole lays in a basket over the top of Bulldog defenders in the Bears win over Gainesville.

Doug Berger/Herald
Zach Mendel takes the floor during senior night at the Ava-Gainesville basketball game. Mendel had been kept from play this season after suffering a knee injury in a Bear’s football game.