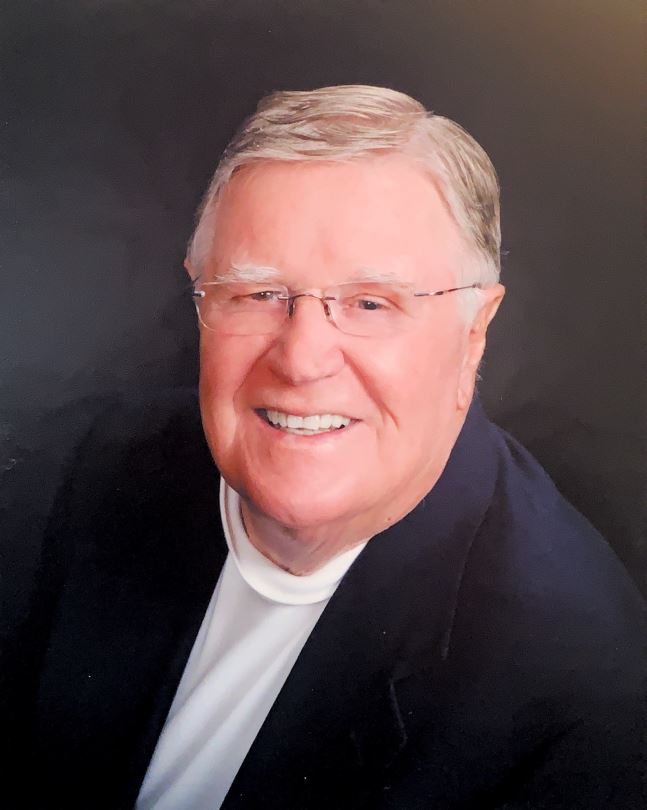 Charles Wayne Coats was born on November 10th, 1939 in Garden Grove, CA to Noble and Mildred Coats. He returned to Missouri with his parents and brother, Kenneth, during World War II in 1943. The family settled in Vanzant, MO, on the farm of J.O. Coats (Wayne’s grandfather).

He attended a 1-room schoolhouse called Fairview, which was located near Drury, MO. After eight years at the Fairview school he attended Mountain Grove High School, graduating in 1957.

He married Virginia Francis on August 12, 1962 at the First Freewill Baptist Church, and remained married for 58 years, up until his death. Soon after marriage, Wayne and Virginia moved to Ava, MO, where they were real estate agents for United Farm Agency for sixteen years. They had three children while living in Ava – Kevin, Kristie and Kirby.

In 1976 they moved to Greenbrier, AR, as Wayne had been promoted to District Manager for United Farm Agency, to oversee the entire state of Arkansas. He knew he needed to be centrally located in the state and after visiting several central-Arkansas communities they decided to choose Greenbrier as their new home. After living in Greenbrier for a year, they purchased a 100-acre farm just north of Greenbrier, which he named Fairview Farms. The entire family worked hard to improve the old farm and began raising registered Hereford cattle. The kids showed the cattle and won numerous Grand Prize awards at both the county and state levels.

After several years in Greenbrier, United Farm Agency downsized and Wayne’s district manager position was eliminated, so he spent his time focused on his cattle farm and community projects. One main project of his focus was youth baseball fields for Greenbrier. Using his keen foresight and real estate knowledge, he located property for the ballfields and negotiated the purchase. Once the property was acquired, he recruited local craftsmen and workers in the community to help, many of whom had young children and saw the need for this to become a reality. This project gave Wayne something onto which he could direct his time and focus while being unemployed. It was a great success and the ballfields recently expanded and are in the same location today. In fact, the location was so good the school administration decided several years later to build the new high school right next to it.

After two years of unemployment, and after a little thing known as “Whitewater” occurred, the state ofArkansas began requiring all real estate appraisers to be licensed. After much encouragement (as well as a fair amount of prodding) from Virginia, Wayne went through the classroom hours and testing to become one of the first licensed real estate appraisers in Arkansas. He founded Coats Appraisal Service, which is still in operation today, and is the oldest active real estate appraisal office in central Arkansas.

Wayne spent many long days, and nights, working in the office, and became the most sought-after appraiser in central Arkansas. Over the years he hired and trained many apprentices, most of which are still active real estate appraisers today. His reputation as a knowledgeable and competent appraiser was widely known. Although he was part-owner in a local golf course, and owned a lake cabin, he learned that his true passion in life was being a real estate appraiser. He loved meeting new clients, bankers and property owners…listening to their stories, as well as sharing his own. Coats Appraisal Service has many clients calling back today due to the impact Wayne had on them and the trust he instilled in them years ago. He was appointed by Arkansas Governor Mike Huckabee to the Arkansas State Board of Real Estate Appraisers in 2003 and served on the board for six years.

Wayne was also a developer and was responsible for much of the residential and commercial development that made Greenbrier what it is today. Other developers saw his worth and sought his knowledge and advice before beginning their own developments. He advised and appraised for every developer in Faulkner County over the past 30 years and when Wayne talked, they listened. Some of his developments include North Heights Subdivision, North Hills Subdivision, Permission Ridge Golf Course and Residential Subdivision, Millcreek Subdivision, and North Hills Commercial Development. For you Greenbrier old-timers—Wayne was also involved in the purchase of the Briarwood Motel & Restaurant property and sold it to Auto Zone. Throughout his career as a developer, Wayne had a few partners that he valued and considered his friends.

Wayne worked full-time until just a couple years ago, when his declining health compelled him to retire. Even after retirement, Wayne’s former clients would still actively seek him out for his valued opinion and expertise.

In addition to Wayne’s professional activities, he also found time to be involved in the community. A few examples being — the many baseball and softball teams he coached over the year, helping establish the first Greenbrier sports booster club and being on the Greenbrier Public Schools School Board, serving several years as President of the Board.

In lieu of flowers, donations can be made to the Immanuel Baptist Church in Greenbrier, AR.