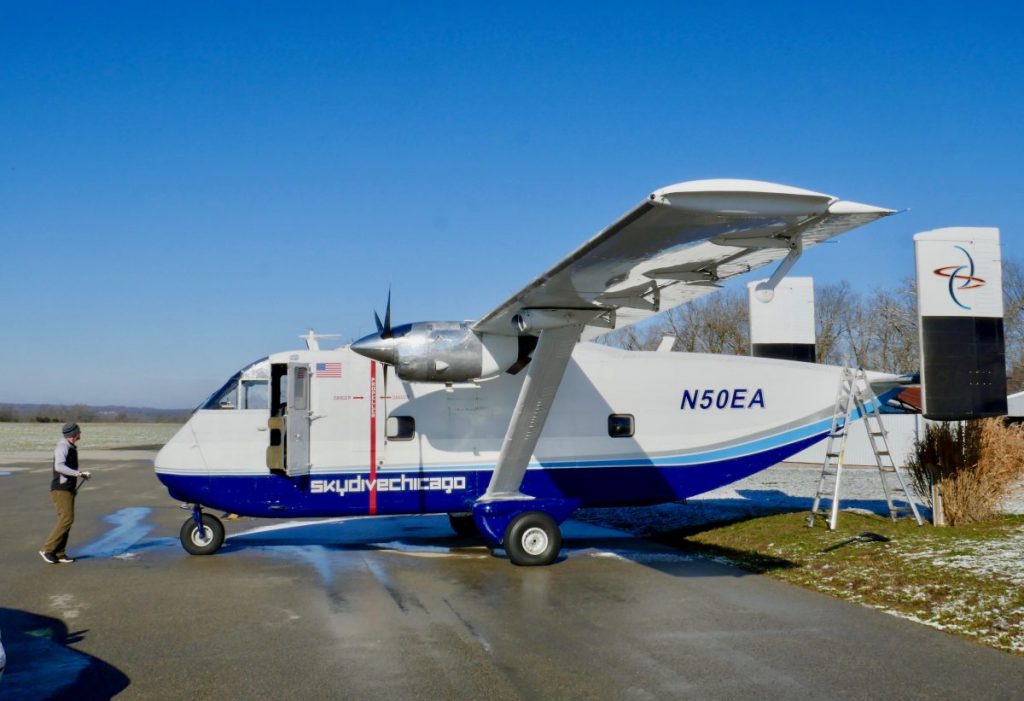 Michael Boyink/Herald Sunday’s snow storm grounded pilot Rook Nelson of Chicago, who was flying this 1968 Short Brothers Sky Van to Texas. By late Monday morning he had de-iced the plane enough to get back on his way.

“One of the twelve strangest-looking aircraft ever built.”

“Wings shaped in a sawmill.”

“Twin fins tacked on as if in afterthought.”

While airplane fanatics may not have overwhelming praise for the Short Brothers Skyvan, after 52 years this plane is still in service as a skydiving jump plane.

If you read airplane-speak, Wikipedia describes the Skyvan as “a twin-engined all-metal, high-wing monoplane, with a braced, high aspect ratio wing, and an unpressurized, square-section fuselage with twin fins and rudders.

It was popular with freight operators compared to other small aircraft because of its large rear door for loading and unloading freight. Its fuselage resembles the shape of a railroad boxcar for simplicity and efficiency.” 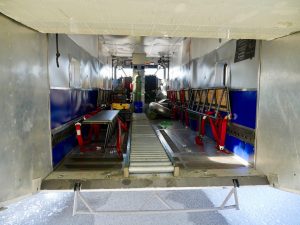 Michael Boyink/Herald
Originally designed as a short hop cargo carrier, many Skyvans were outfitted – as this one is – for skydiving applications.

Pilot Rook Nelson, of Chicago, was on his way to Texas in this Skyvan when Sunday’s snow storm grounded him at Ava’s Bill Martin Municipal Airport.

Nelson, a former competitive skydiver with over 26,000 jumps to his credit, spent Monday morning scraping ice and snow off the airplane.

By 11:00 a.m. Nelson had the Skyvan back in the sky, needing less than half of Ava’s runway to take off.

Nelson had high praise for Ava’s airport. “I felt like a celebrity,” he grinned.