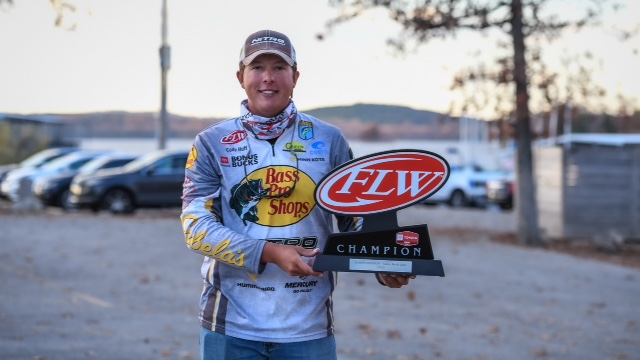 Ava tournament bass fisherman Cody Huff has always enjoyed fishing, but it was only after success in high school and college fishing tournaments that he started to think about fishing as a career. Huff is now a member of the MLF Pro Circuit.

“I fished my entire life. My parents have pictures of me out in the boat when I was still in a car seat,” Huff stated.

“My dad and great grandpa fished a lot and that’s what got me into it. My dad used to haul me around and I would fish with him all the time,” Huff said. 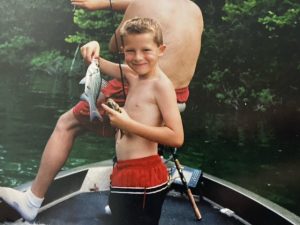 Huff stated they did not limit their fishing to bass, and he still enjoys fishing for more than just bass.

“I enjoyed fishing, I didn’t care what they were. I’ve always loved to hunt and through high school played sports. I always enjoyed being outside,” Huff said.

Huff started tournament fishing when he was at Ava High School.

“I ended up going to college on a scholarship to fish. I fished semi-pro and had some success at that level and this year I ended up qualifying to fish for the MLF Pro Circuit fishing tour. So that’s what I’m going to be doing this next year,” Huff said. 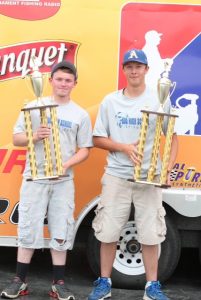 “It started when I was there. It wasn’t a thing really, and then they had the first high school tournament in 2014. And I knew coach Sawyer really well. He was my baseball coach. I knew him real well my whole life, and I said coach why don’t you let me fish in this high school fishing tournament. He said, well, I don’t really want to get into it if we don’t have to, but how about this. I’ll give you a chance, you can go this year, and if you do well we’ll start a team, and if you don’t, that will just be that. And we actually ended up winning the state championship that year, and they’ve had a team ever since,” he explained.

Colten Levan was Huff’s partner for the high school tournament. He explained that in high school and college you compete with a partner, but at the professional level you fish as an individual. In high school they would fish one or two tournaments a year, and in college the teams would fish about 10 tournaments.

Huff stated that he would also fish local tournaments.

He felt it was during his high school and college years that he started thinking about tournament fishing as a career.

“That’s when I started to realize it was a possibility,” he stated.

“I’d fish a tournament almost every weekend at times,” he said.

Tournaments can be found pretty much year around, only slowing down in the summer when it is really hot, Huff indicated.

“It’s a lot of fun seeing all the different places, but sometimes you spend so much time in a truck, you feel like a truck driver,” he added.

He stated he also on occasion has some time to stop along the way and do some recreational fishing. Sometimes his family will come to the tournaments and they will hang out and enjoy the places. 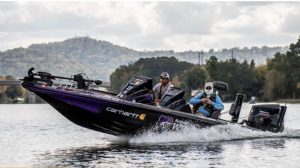 Submitted Photo
Cody Huff heading out on the water.

“I coached his son’s basketball team whenever we were in high school, because all high school boys would have to coach pee wee leagues, and it just so happened I ended up coaching his boy and we began to know each other and we’ve been really good friends ever since,” he stated.

Huff stated that he likes the competition of fishing tournaments.

“It’s awesome to compete and to do something you enjoy so much. Something you don’t have to be 6’4” and 250 pounds to compete. I played sports back in high school, but I knew I couldn’t make a living doing that,” he stated.

“The first one I ever fished in, I had the lead after the first day, and had the chance to win, and then I stopped catching them. So that made me kind of want it,” Huff said.

There are many challenging elements of professional fishing, Huff stated.

“You never know when your next paycheck is going to come. Your performance is what it is all about. If you don’t catch them, you’re not getting paid,” he pointed out.

You also have to learn how to deal with the need for sponsors in the professional ranks. Sponsors are a big deal, and help pay for entry fees and other items, Huff explained. 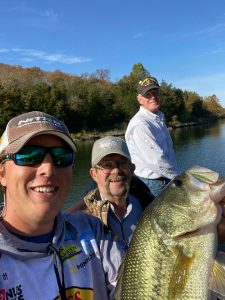 He feels that one of the things that may have made it a little easier for him was that he had success in fishing tournaments. He won the Bassmaster College National Championship, Bassmaster Bracket Championship and two FLW Toyota series events.

“I’ve been super dedicated to it. It’s all I’ve done for the past three or four years. I’ve kind of been lucky that I’ve won a few. That makes it easier on a guy,” he said.

“If somebody loves to fish, and spends a lot of time on the water it will kind of come naturally to them.”

Huff also does some guide work on the side.

“Nothing is better than taking somebody that’s never caught one,” he stated.

Huff also has used his expertise to assist non-profit organizations. He has participated in veteran’s fishing days. These events can be special days before a tournament when they can take people out on the water to let them catch fish.

“It’s a lot fun. I enjoy introducing people to fishing. If someone had not introduced it to me, I wouldn’t get to do what I like to do so much,” he stated. 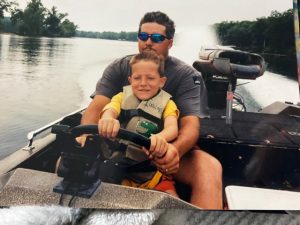