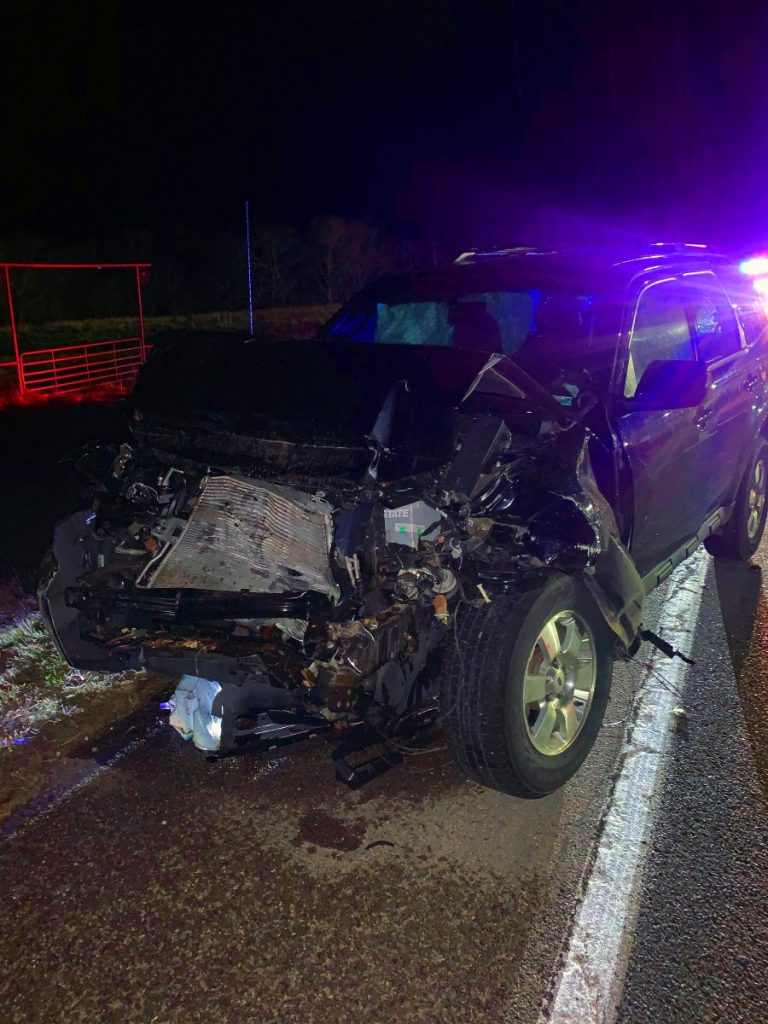 Submitted Photo Two drivers sustained moderate injuries in an accident on north Highway 5 on December 2nd. Dusty DeHaan, 39, of Ozark, was stopped in his 1995 Ford F350, waiting to make a turn. Geraldine Rader, 71, of Birch Tree, MO failed to notice DeHaan and was unable to stop in time, striking the rear of DeHaan’s truck in her 2012 Ford Escape. DeHaan was not wearing a seatbelt, while Rader was. Both drivers were transported to Cox Medical South. The incident was investigated by CPL J. Britt of the Missouri Highway Patrol Ava Rural Fire assisted at the scene. The 2012 Ford Escape was towed by Jims Towing. Cox Ambulance provided transport for the drivers.