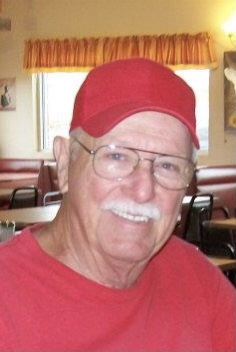 Darrel graduated in 1955 from Westport High School in Kansas City, MO.   He served his country proudly in the United States Navy from 1955 to 1963. He worked for the Army Corps of Engineers, was self-employed, and retired from Rockwell International in 1989.

He is survived by his wife of 42 years, Ellen and their daughters, Stacy Lathrom and Erin Archer; and granddaughter Elise Archer; also, his children from former marriage, Jeff Lathrom, Tracy Lathrom-Reed and Brenda Allen.

Darrel loved life in the Ozarks, hunting and fishing.  He was a talented artist and it gave him great pleasure to surprise folks with one of his paintings.

Cremation is being handled by Holden Cremation and Funeral Service and a memorial service is planned for later in the spring.

Darrel asked that in lieu of flowers that a donation be made to St. Jude’s.