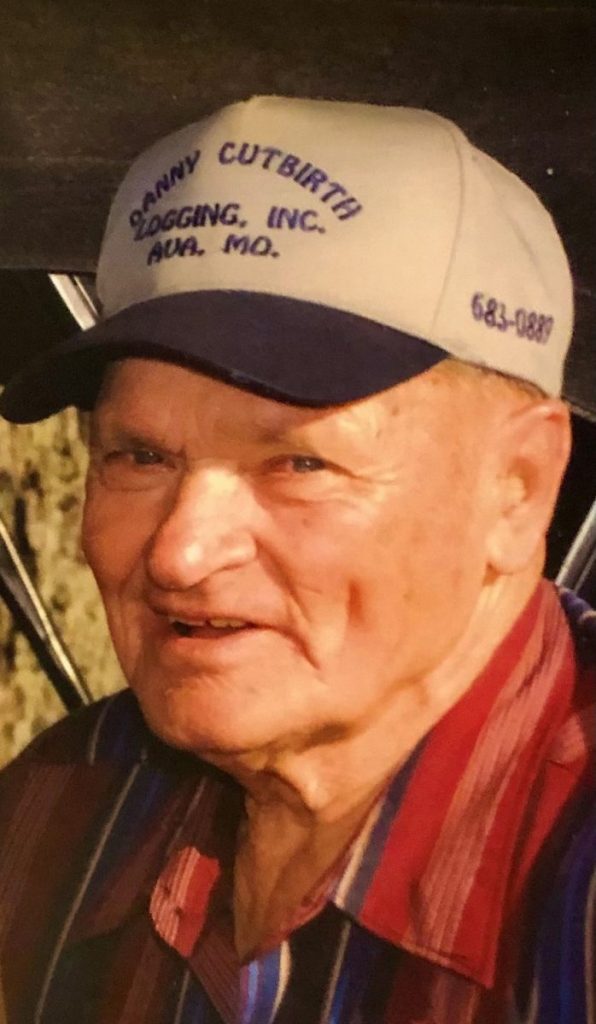 Lowell “Dee” Duane Cutbirth, 84 years old, passed to his heavenly home on November 29, 2020 at the Heart of the Ozarks Healthcare Center in Ava.  He was born March 21, 1936 in Gainesville, the son of Efton and Jessie (Sherrill) Cutbirth.  He graduated from Ava High School in 1953.  On February 16, 1957, he was married to Peggy Heriford and they were blessed with two children, Sandy and Danny.  For many years he was owner and operator of Cutbirth & Son Lumber Company four miles north of Ava.  He took great pride in his business.  Each board had to be sawed perfectly, stacked with great care and loaded on the truck with great pride and perfection.  He was very proud of his product and wanted to be sure that all of his customers were happy and well served.

Dee became a Christian in 1961 and later renewed his relationship with the Lord.  He attended Highway Church of the Nazarene as long as he was able.

Funeral services for “Dee” will be Friday, December 4, 2020 at 10:00 a.m. in the Clinkingbeard Chapel, Ava, MO with burial following in the Ava Cemetery.  A visitation will be Thursday, December the 3rd from 6:00 p.m. to 7:30 p.m. in the funeral home.  Officiating will be Pastor Brian Letsinger, Pastor Marvin Loftin and Pastor David Dye.  Memorials may be made to Highway Church of the Nazarene, Ava, MO or The Source Ministries, 203 Jamestown Blvd., Rogersville, MO 65742 or online at sourceministries.org.  Due to the spread of Covid-19 we request everyone to wear a mask if attending.  Thank you.  Online condolences may be made to www.clinkingbeardfuneralhome.com.