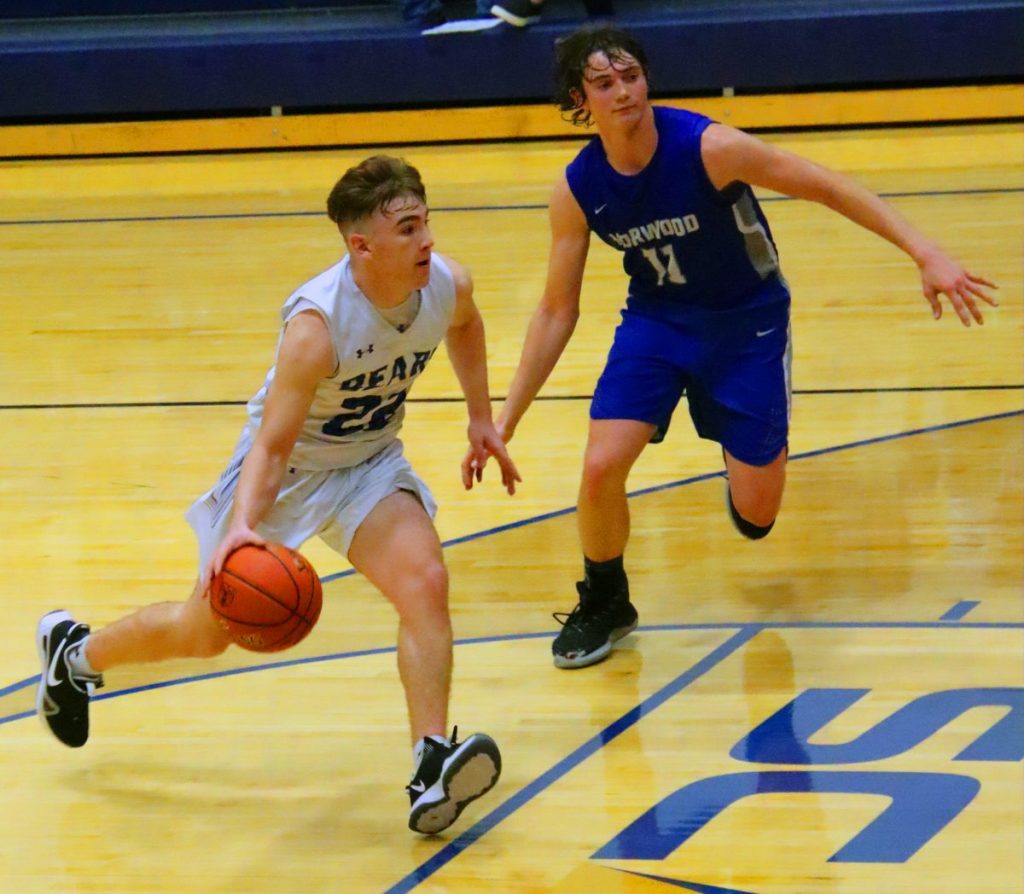 The Ava Bears had to hold off a last minute charge by the Norwood Pirates, but held on for a 53-48 win, in the opening game of the season. 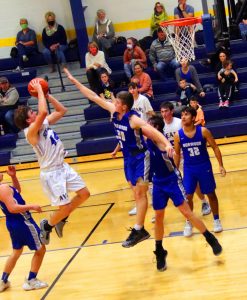 Norwood went out to a 9-0 lead with three three-point shots. Ethan Donley sank a two point shot to put the Bears on the scoreboard. The Pirates held an 11-4 lead going into the second quarter of play.

Mason Cole scored six of his 12 points in the game in the second quarter to help the Bears tie the game at 15 with 4:07 remaining in the half. The Bears scored the final six points of the half to take a 21-15 lead into the second half.

Andrew Dalton was held to two free throws in the first half, but came out in the second half and put 18 points on the scoreboard. Dalton scored 12 of these points in the third period. The Bears were up 39-34 at the end of the third period.

Norwood’s Garrett Davault had scored 10 of his 20 points in the game in the third period to keep the Pirates within striking distance. But with 7:26 remaining in the game, Davault picked up his fourth foul and went to the bench for two minutes of play. During this time the Bears had stretched their lead out to 10 points.

With 1:19 remaining in the game, the Bears held a seven point lead. A two-point shot by Justin Chadwell cut the lead to five. Blayne Mendel would sink a free throw to give Ava a six point edge. Davault would convert two free throws and Max McGown put in a two pointer to cut the Bears lead to two with 31.7 seconds remaining in the game. Norwood would not score again, and Ethan Donley sank a free throw and Dalton converted on the final two free throws of the game to secure the win.

Dalton led the scoring for the Bears with 20 points. Cole was also in double figures with 12. Ethan Donley and Mendel had nine; and Quinton Donley three.

The Ava Bears junior varsity took a 50-24 win over Norwood.