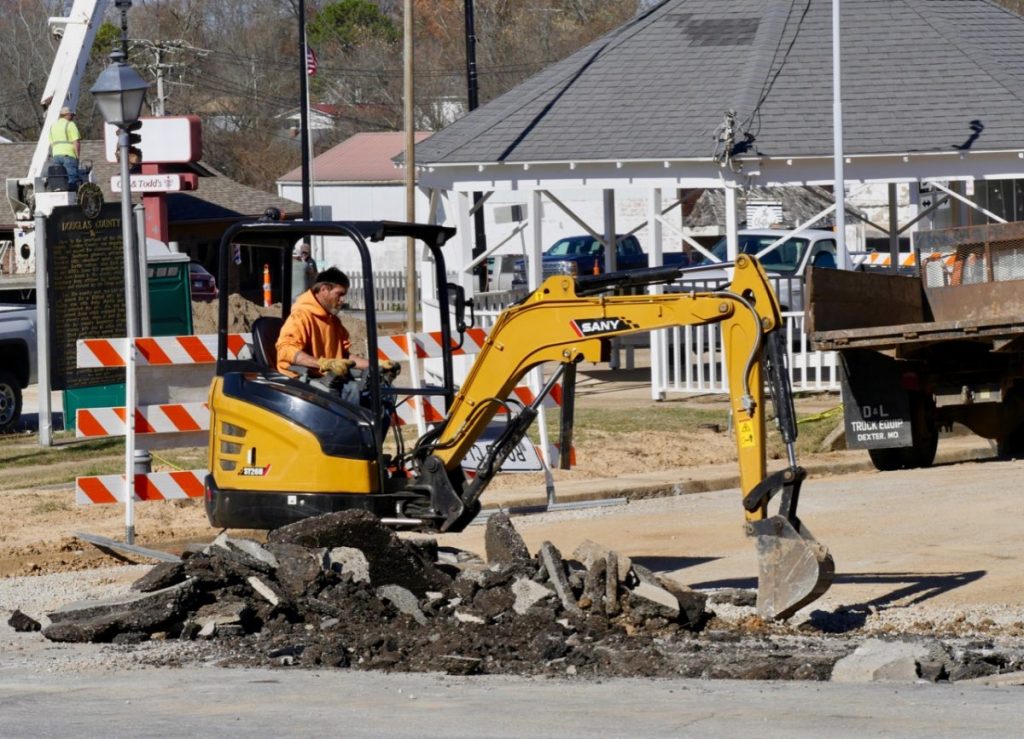 Michael Boyink/Herald While crews have been making progress on the updates to the Ava square, according to Mayor Burrely Loftin the project will not be complete before the Christmas parade on December 12th.

The holidays are approaching. And, like those house projects you hope to have done before company comes, the city has been hoping that updates to the Ava Square would be complete before the annual Christmas Parade on December 12th.

Probably not going to happen. 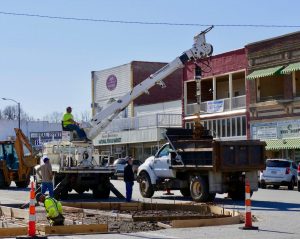 “I’ve worked a lot of construction,” said Ava Mayor Burrely Loftin. “And it doesn’t look like they’re going to be done in time for the parade.”

The parade route won’t change, however.

“We’ll do what we can to make it work,” said Loftin. “We’ll have to keep people out of the middle, but they can still stand on the outside of the square and watch the parade go around.”

The theme of this year’s parade is “Winter Wonderland” with cash prizes awarded to top contenders.

There is no cost to enter, but parties wanting to be in the parade need to register with the Chamber of Commerce by December 7th. Contact the Chamber at 417.683.4594.